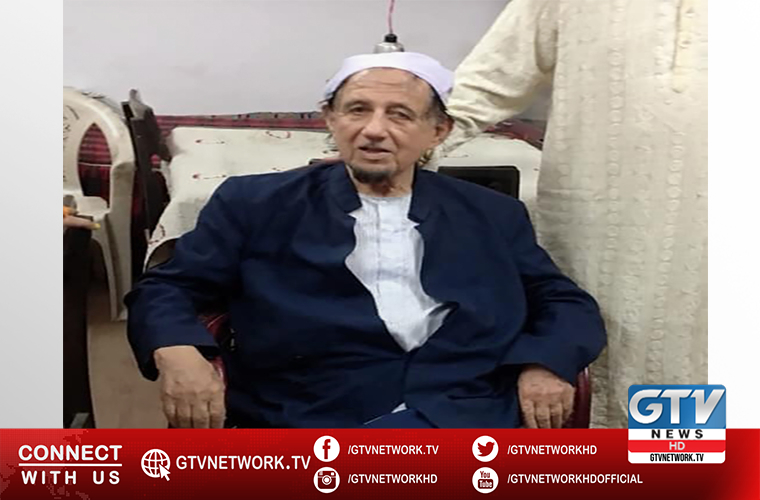 The prominent Shia cleric was being treated at the Era Medical College Lucknow since November 17.

According to his son Kalbe Sibtain Noori, Sadiq breathed his last at around 10 p.m.

83-year-old Maulana Kalbe Sadiq was, reportedly, suffering from colorectal cancer, a urinary tract infection and severe pneumonia. He is survived by his wife, three sons and a daughter.

Indian media lauded him as the tallest and most reputable Shia cleric in Uttar Pradesh and its capital Lucknow.

Some eulogized him as a reformer par excellence, Sadiq waged a war against ignorance.

Most importantly, he was also serving as vice president of  India’s largest socio-religious organisation All India Muslim Personal Law Board.

Active support for Muslim cause

Despite his ill health, in perhaps in one of his last public appearances, Sadiq offered his support to the protest against the Citizenship (Amendment) Act earlier this year.

In January, Sadiq visited the Hussainabad Clocktower protest site in old Lucknow and expressed solidarity with the women who had assembled there.

Addressing the gathering from a wheelchair, he had warned against people “planted” to tarnish the protest. Sadiq had then also firmly reacted to Chief Minister Yogi Adityanath’s communally laced jibes.

Born into a well-known family, the Khawandah-e-Ijtihaad, in Lucknow in 1939, Sadiq would ultimately go on to follow in the footsteps of his father becoming an Islamic academic.

His brother, Kalbe Abid was also an Islamic scholar. Sadiq received his early education from the Sultan ul Madaris before securing a Bachelor of Arts degree from the Aligarh Muslim University.

He then obtained a Master’s degree in Arabic Literature from the same university before being granted a PhD in Arabic from Lucknow University.

Apart from Arabic, Sadiq is reported to have been fluent in Urdu, English, Persian and Hindi.

Having noticed how entrenched poverty, ignorance and illiteracy had become in the Muslim community, Sadiq grew determined to effect reform, dedicating his life to uplifting the community through a range of social and educational initiatives.

In 1984, Sadiq set up the Tauheedul Muslimeen Trust (TMT) aimed to provide education and scholarships to underprivileged students. Over the next three decades, the TMT’s social efforts expanded to include several schools, technical education institutes, colleges, charitable hospitals, and free education programmes catering to thousands of students.

Its free education platforms held a special place in Sadiq’s heart and have helped many downtrodden children transform their lives and improve their communities.

The Unity Mission School, for instance, takes care of all student expenses including tuition, uniforms, stationery and books.

The Maulana’s mission and achievements have seen him compared to the revered Sir Syed Ahmad Khan with many ascribing him the moniker, ‘Second Sir Syed.’ Sadiq also served as the President of Lucknow’s Era’s Medical College & Hospital.

Viewed as a die-hard proponent of communal harmony, and held in great respect by all Islamic sects, Sadiq preached a philosophy premised on peaceful co-existence.

Sadiq has taken his teachings across the globe having delivered lectures and speeches in several countries particularly during the mourning sessions in the month of Muharram.

Known his for exceptional oratorical ability, his lectures have specifically focused on Islamic theology.