Minister for Science and Technology welcomes Whatsapp delay in change 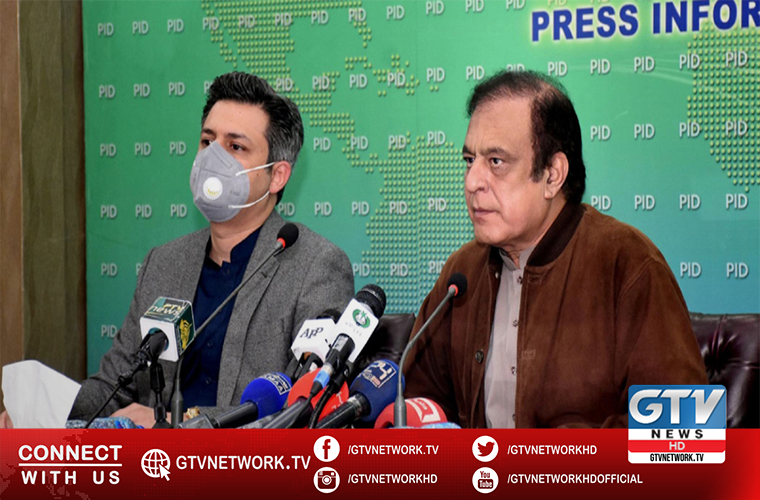 The cabinet approved in principle the Anti-rape (investigation and trial) Ordinance and Pakistan Penal Code(Amendment) Ordinance 2020.

Minister for Information and Broadcasting Syed Shibli Faraz briefed the media on the cabinet decisions.

He said the Prime Minister directed to the Law Ministry to finalize provisions of the proposed Ordinance.

The Minister said acts of gang-rape has also been inserted in the proposed law. That also include suggested harsh punishments, including death penalty, to give exemplary sentences to the offenders of rape.

He said the law will be a deterrent against incidents of rape.

Syed Shibli Faraz said The Cabinet approved in principle the establishment of a Special Technology Zones Authority to promote technology in the country.

He said Special technology zones will be set up initially in Peshawar, Islamabad, Lahore and Haripur. The Cabinet also approved the establishment of these zones in Karachi and Quetta.

The Economic Affairs Division informed the Cabinet that at present the repayment of 1.7 billion dollars to 2 billion dollars of loans taken during the period of May to December this year has been extended by the G-20 countries.

The Cabinet authorized the Secretary Economic Affairs Division to enter into agreements for debt rescheduling with 16 G-20 countries.

He said the government imported around 1,25,000 tons of sugar due to which a decline of 10 to 12 rupees per kilogramme at the ex-mill price of the commodity has been witnessed in last ten days.

He said the government has ensured provision of imported sugar at the rate of around 81 rupees per kilogramme at facilitation centers in Punjab and Khyber Pakhtunkhwa, whereas the commodity is available at 4000 Utility Stores, across Pakistan at 68 rupees per kilogramme.

Minister for Economic Affairs Khusro Bakhtiar said prices of wheat flour has been showing declining trend for last ten days bringing down prices of the commodity from 2,400 to 2,200 rupees per 40 kilogrammes.

He said this year there was a shortage of wheat production in the country due to bad weather conditions. That resulted in deficiency of 2.2 million metric tons, which is being fulfilled by importing wheat from other countries.

He said the government has also increased the support price for wheat and fixed the new rate of 1,650 rupees per 40 kilogrammes to give due return to farmers as well.

To a question, Minister for Information Shibli Faraz said Government is working on elections reforms and those who are against it, will be exposed.

Moreover, he also expressed gratitude to the people of Gilgit Baltistan for supporting PTI in recent elections.

He said people of the region will get a bright future under the dynamic leadership of Prime Minister Imran Khan.

To another question, the Minister underlined reforms as essential to reduce the losses of national institutions.

He termed it necessary to expedite administrative reforms and to ensure efficient utilization of all available resources in a transparent manner.

Media urged to highlight Islamic values based on respect for humanity

CJP sees responsibility of people to ensure constitution is protected