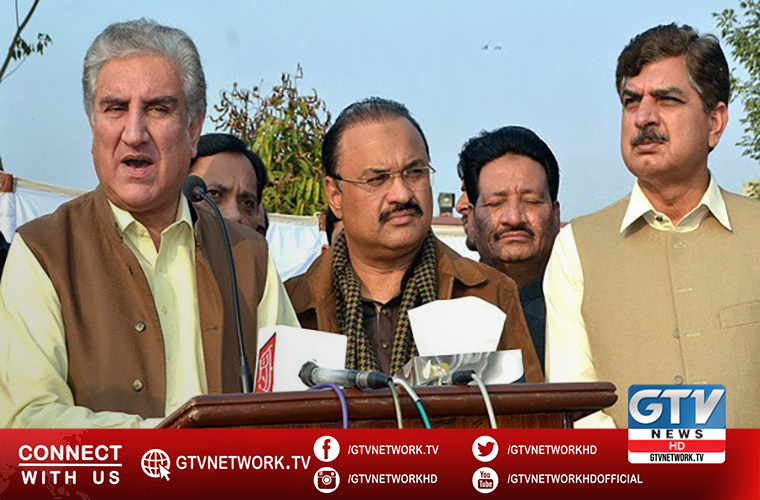 He said this, while addressing to people of his constituency NA 156 Multan on Sunday.

He warned Pakistan would not stay silent against nefarious designs of the enemy.

The minister said Pakistan had conveyed its concerns to international community.

Qureshi said enemy would face failure at every front. Promotion of peace is not only our wish but top priority of Pakistan, he stated adding, Pakistan’s wish for peace should not be taken as weakness.

He categorically stated that no one would be allowed to cast an evil eye on Pakistan.

The international community was also concerned over Muslims’ persecution in India.

Similarly, he cited Pakistan had always been raising the issue at different international forums.

The circumstances in Indian Illegally Occupied Jammu and Kashmir (IIOJ&K) are getting worse with every passing day.

The ill-treatment towards Muslims is not limited to IIOJ&K only but the Muslims were facing with the same worse situation from across India.

The FM said whole world witnessed what had happened in Delhi and Gujarat.

He said Pakistan highlighted Indian atrocities on innocent Muslims at United Nations and some other international platforms. Qureshi urged upon media to play its due role in conveying Pakistan’s concern across the globe.

He urged the masses should demonstrate more responsibility and follow precautions strictly.

They should wear masks and adhere to recommendations of social distancing.

Qureshi urged the masses should follow instructions of National Command and Operation Centre (NCOC) as it would help control the pandemic.

He said that in case of non-compliance, the government would take hard decisions.

Earlier, the foreign minister spent a busy day and offered condolences to the people, whose dear ones died, in different union councils.