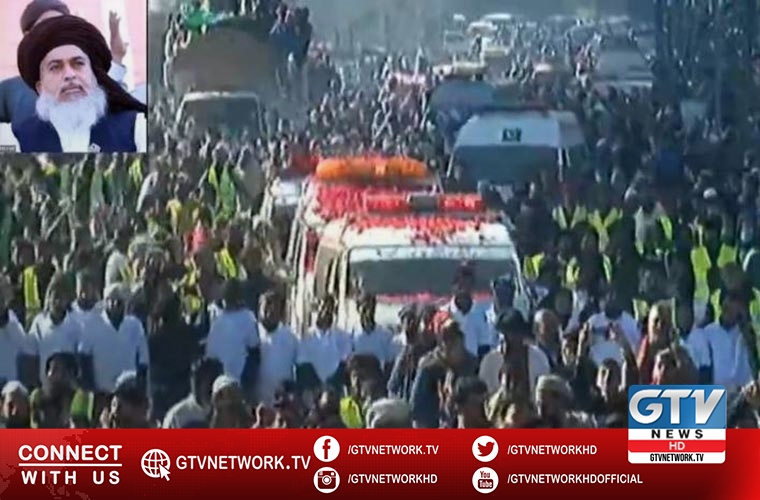 Allama Khadim Rizvi laid to rest after a mammoth funeral in Lahore today.

Tens of thousands of his followers and supporters bid farewell to the deceased leader of Tehreek-e-Labbaik Pakistan (TLP).

The funeral prayers held at the Minar-e-Pakistan.

The funeral had to delay due to the huge gathering that slowed shifting of the body from his residence to the venue.

Cleric Khadim Rizvi was already ailing and had respiratory issues for some days.

The 55-year-old cleric developed fever and complained of breathing problem.

According to his party spokesman, the family and supporters rushed to the hospital, but he expired on the way on Thursday night.

A large number of religious and political figures and the general public also attended the funeral.

Earlier, TLP held sit in to protest publication of blasphemous caricatures of the Holy Prophet Muhammad (Peace be Upon Him).

His party claimed that they ended sit-in after the government agreed to meet their four conditions.

They had demanded breaking off of relations with France that also meant expelling of ambassador and closure of French embassy.

PM seeks PIA restructuring plan framework within in a week