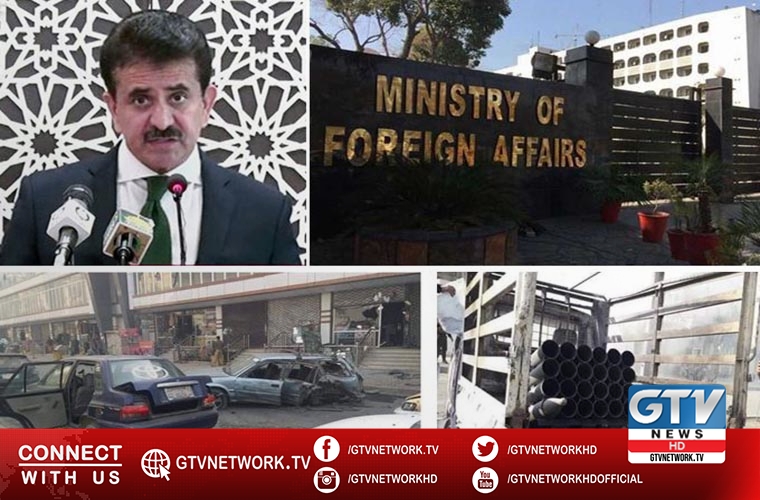 Pakistan strongly condemns rocket attacks in Kabul which resulted in loss of precious lives and injuries to many.

Pakistan offered condolences to the families of those who lost their lives.

Moreover, the spokesman prayed for early and complete recovery of the injured.

He said we express our full solidarity and support for Afghanistan and its fraternal people.

The spokesperson said at a time when international community’s efforts towards Afghan peace process are moving forward it is important to be vigilant against the spoilers who are working to undermine peace efforts.

Zahid Hafeez Chaudhri reiterated Pakistan’s condemnation of terrorism in all its forms and manifestations.

According to Radio Pakistan, Taliban denied involvement in the attack.

At least thirty eight others injured when fourteen rockets landed in various parts of Kabul on Saturday morning.

Photos on social media appeared to show damage to an external wall at a large medical complex.

Furthermore, according to initial report, it said the one one hit a police car, killing at least one policeman and wounding three others.