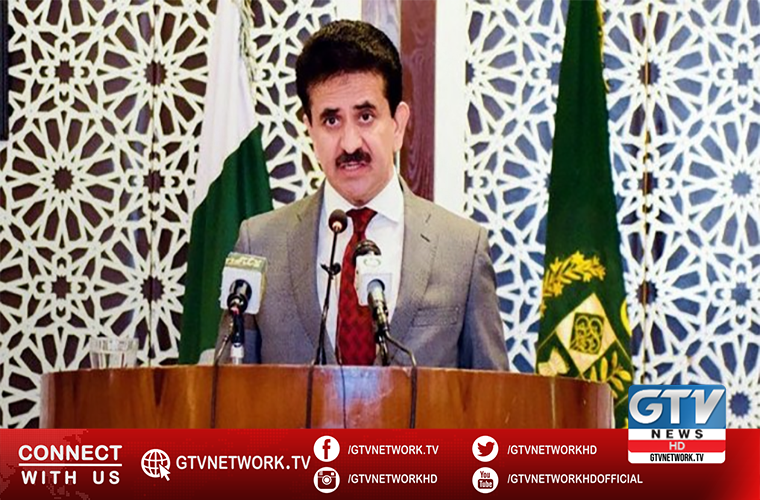 On Friday, the MOFA rejected as “groundless” the allegations which Indian Prime Minister Narendra Modi levelled against Pakistan.

The Foreign Office spokesperson, in a statement, called it a desperate attempt to divert international attention.

He said India sought to deflect attention from its state-terrorism in the IIOJK and state-sponsored terrorism against Pakistan.

He noted it evident that India had stepped up anti-Pakistan propaganda, following presentation of the dossier by Pakistan.

FO spokesman was referring to irrefutable evidence of India’s state-sponsorship of terrorism.

Moreover, he said bland denials and regurgitation of old litany of charges by the Indian side will not change facts.

He made clear that raising the ‘bogey’ of so-called ‘cross-border terrorism’ time and again does not lend any credibility to India’s false narrative.

On the other hand, he said, India’s history of conducting false flag operations in the Indian Illegally Occupied Jammu and Kashmir (IIOJK) and inside India to malign Pakistan was too well-known.

India resorting yet again to a false flag operation

He said Pakistan had consistently sensitized the international community about the possibility of India resorting yet again to a false flag operation, and it again forewarned the world.

He said the use of terrorism as an instrument of state policy by India made it guilty under international law, United Nations sanctions regime, and international counter-terrorism conventions.

The FO underlined it the collective responsibility of the world community to hold India to account.

Besides, they should take practical steps to proceed against the Indian nationals involved in patronage of terrorist entities, he added.

Meanwhile, Pakistan also called upon the UN counter-terrorism bodies to proceed on the basis of evidence which Pakistan provided.

FO spokesman urged the UN body  India to renounce use of terrorism as an instrument of state policy, dismantle the infrastructure of terrorism it has established to inflict terrorism on Pakistan, and stop the use of other countries’ soil for its terrorist activities directed against Pakistan.