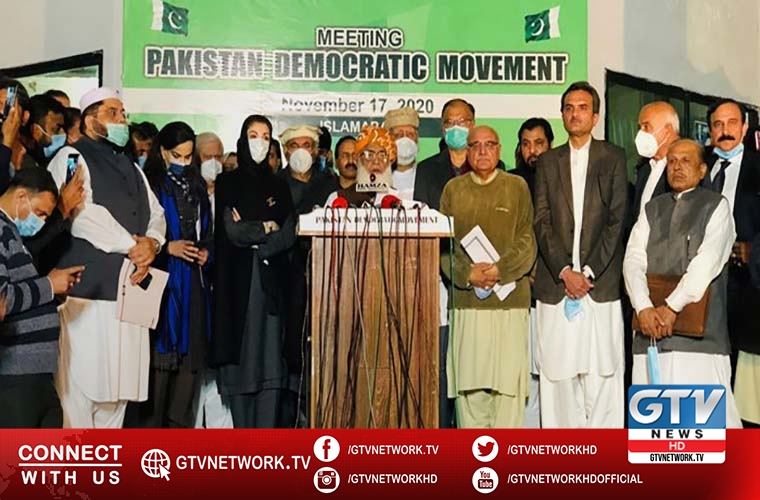 Pakistan Democratic Movement chief Fazlur Rehman on Tuesday made it public, while addressing a press conference in Islamabad.

Earlier, he presided a meeting of the PDM leaders.

Fazlur Rehman said that Meesaq-e-Pakistan fulfils the promise made to people of sharing the ground rules and objectives of the 11-party anti-government campaign.

They outlined 12 points of the covenant 1. Enforcement of and supremacy of the Constitution of Pakistan 2. Autonomy of the parliament 3. Elimination of the role of establishment and intelligence agencies from politics 4. Establishment of an independent judiciary 5. Reforms for free, independent and fair elections 6. Protection of basic human and democratic rights of the people 7. Protection of the rights of the provinces and the 18th constitutional Amendment 8. Effective local government system 9. Security of freedom of expression and media 10. Elimination of extremism and terrorism and the implementation of the National Action Plan 11. Emergency economic plan for an end to inflation, unemployment, and for poverty alleviation 12. Protection and implementation of the Islamic provisions of the Constitution

They discussed future strategy of the PDM against the incumbent government of Pakistan Tehreek-e-Insaf (PTI).