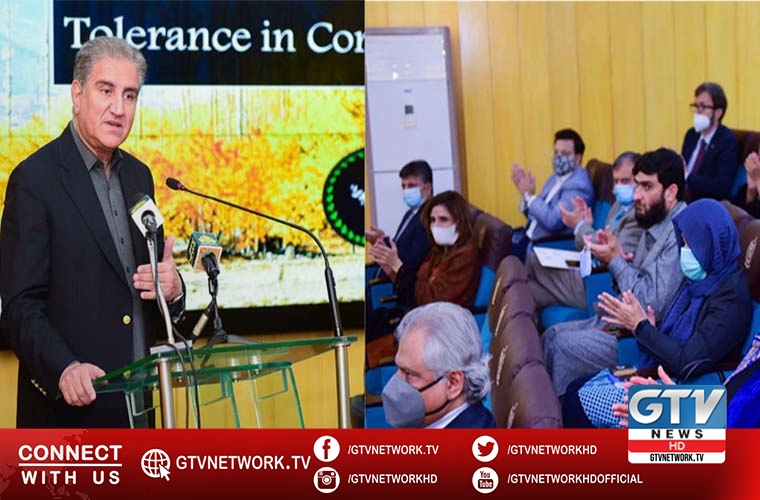 He expressed these views, while addressing an event in Islamabad on Tuesday to commemorate the International Day of Tolerance.

He spoke on the theme of the event “Tolerance in Contemporary Times”.

Shah Mahmood called upon the world community to address the growing trend of Islamophobia and intolerance world over.

He highlighted the importance of inclusion, peaceful co-existence and respect for different religious beliefs, values and cultures.

The FM said Pakistani society is inherently tolerant, being the product of millennia old civilization with a rich heritage.

He recalled that in its historic Kartarpur Corridor initiative, Pakistan has opened the largest and holiest Sikh shrine in Kartarpur to Sikhs from India and elsewhere.

She reiterated Prime Minister Imran Khan’s call for universally outlawing willful provocation and incitement to hate and violence and to designate an International Day to combat Islamophobia.

She regretted that the Hindutva inspired RSS-BJP regime in India had institutionalized Islamophobia as state policy.

Furthermore, she also called for promoting tolerance and mutual understanding among people of all faiths.

They said the minorities of Pakistan enjoy equal rights as citizens of the country and actively participate in all walks of life.