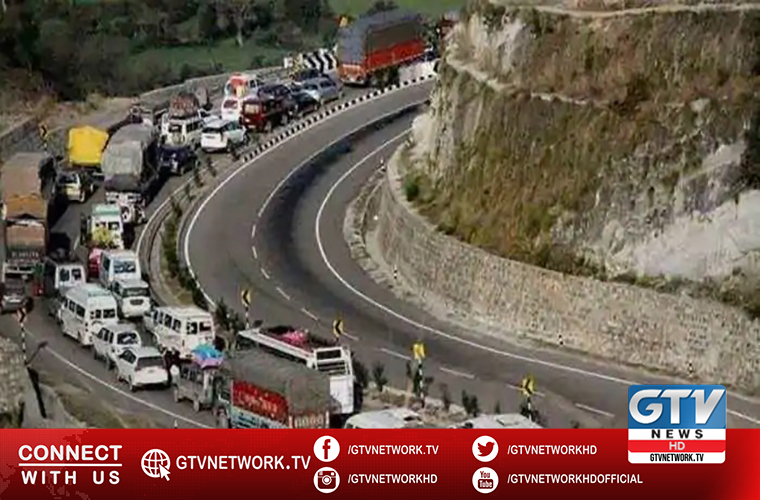 Kashmiris in IOJK fear shortage of commodities of daily consumption because new policy of only way traffic for light vehicles only.

In the Indian occupied Jammu and Kashmir, complained of only one-way traffic that too for light vehicles allowed on Srinagar-Jammu highway.

An advisory issued by the Traffic Department said that subject to fair weather and better road conditions, light motor vehicles shall be allowed from Jammu towards Srinagar on the 270-kilometre Srinagar-Jammu Highway.

Meanwhile, the Mughal Road that would have provided an alternative link to Kashmir from the outside world has once again been closed as winters set in.

The 84-kilometre scenic stretch connects Kashmir with Jammu’s Poonch via southern Shopian district but remains open for traffic during summer months only.

Balbir Singh said this, while speaking at two public meetings at Chadwal and Budhi in Kathua district.

BJP is victimizing the innocent people of Jammu with their hollow slogans.

She tweeted this suggestion in Indian Illegally Occupied Jammu and Kashmir (IIOJ&K).

In a tweet, she expressed deep grief over casualties on the Line of Control.

Furthermore, she urged the leadership of India and Pakistan to initiate dialogue and restore the ceasefire agreement.