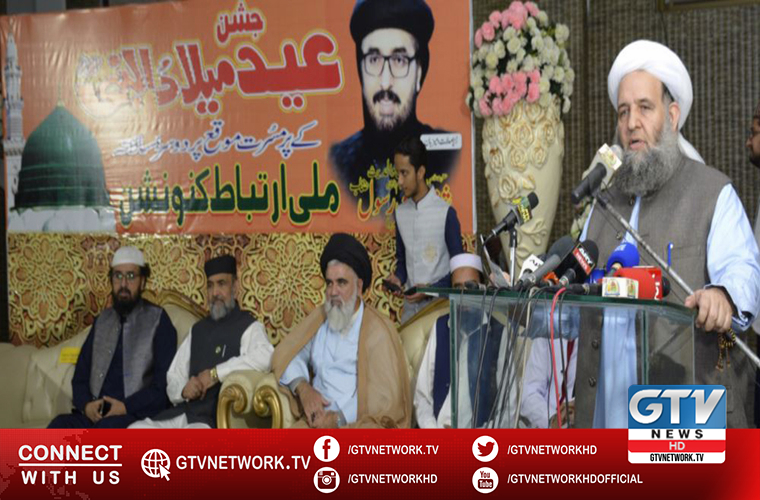 Qadri urge Ulema and Mashaikh to work for interfaith harmony in the country.

However, he also emphasized that ulema and mashaikh should not become part of dirty politics of those who were running a campaign against the the national institutions in the name of ‘Vote Ko Izzat Do’.

Qadri  said that anyone using dirty language against the Chief of Army Staff was, in fact, abusing the institution.

He said the campaign was prepared in New Delhi and it reached Pakistan via London.

He rejected anti army narrative, noting Pakistan Army as custodian of solidarity and unity of the nation.

The minister made clear that nobody could be allowed to insult Pakistan Army in any way.

Moreover, he said that if the nation wants to respond to the world in case of insult to religion, it would have to become strong in all sectors of life; especially, in economy.

He said that the Holy Prophet (PBUH) established a state also called the State of Madina that strengthened Islam.

Ulema and mashaikh should work jointly to strengthen the state.

Hence, Qadri suggested that ulema and mashaikh should work jointly to strengthen the state.

He called a need of the hour that the West should realize difference between freedom of speech and insult to two billion people’s religion.

The minister said Ulema should now work to eliminate or reduce differences among different sects of Islam.

Furthermore, he urged them to make Muslims of different sects united.

He underlined it a responsibility of ulema and mashaikh to foil the conspiracies against the country.

He said such conspiracies had provided an opportunity to the enemy to destroy Iraq, Libya and Syria earlier.