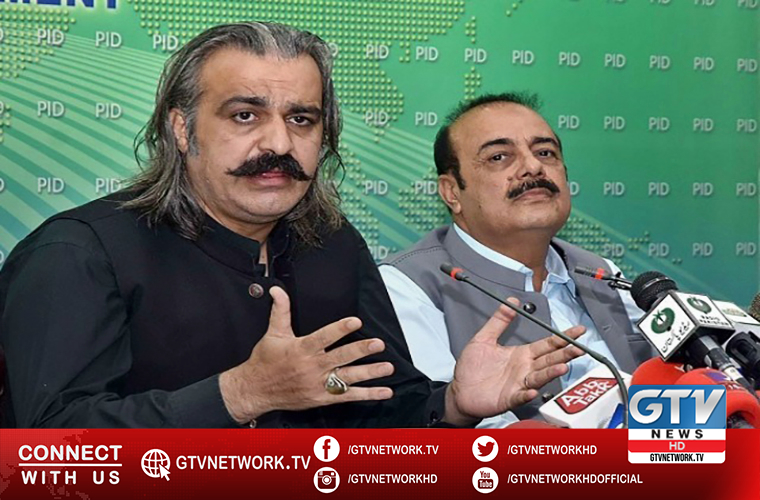 He reiterated the PTI government’s pledge to make Gilgit Baltistan a province.

Minister Gandapur says enemy has its eye on Gilgit Baltistan

Furthermore, he said the government would also establish a special economic zone in the GB.

Ali Amin said work was continuing on the construction of 250 bed health facility and airport.

He said government plans to spend rupees seven billion on the construction of an electricity grid in the region.

Besides, the authorities have completed various feasibility studies for starting building of new power projects, he added.

He assured GB people of employment opportunities with the new development projects and business activity in the area.

Gandapur lamented the last government ignored Gilgit Baltistan by not making it part of the China Pakistan Economic Corridor (CPEC).

He said government of Pakistan Tehreek I Insaf (PTI) would continue to make efforts to protect constitutional rights of people of GB.

However, he would that PTI govt would fulfil the promises made with the people of the region.

Ali Amin said a medical college and engineering university had been approved for the region while the allocated quota of wheat for northern areas would be distributed among people soon.

The minister said Prime Minister Imran Khan was fighting for the rights of people of Pakistan. He had waged struggle against looters of national kitty and refused to forgive those who looted wealth of the nation.

He asked people to vote for Pakistan Tehreek-e-Insaf (PTI) in the upcoming election in Gilgit Baltistan.

He said the issue of Kashmir would be resolved according to resolutions of the United Nations Security Council.