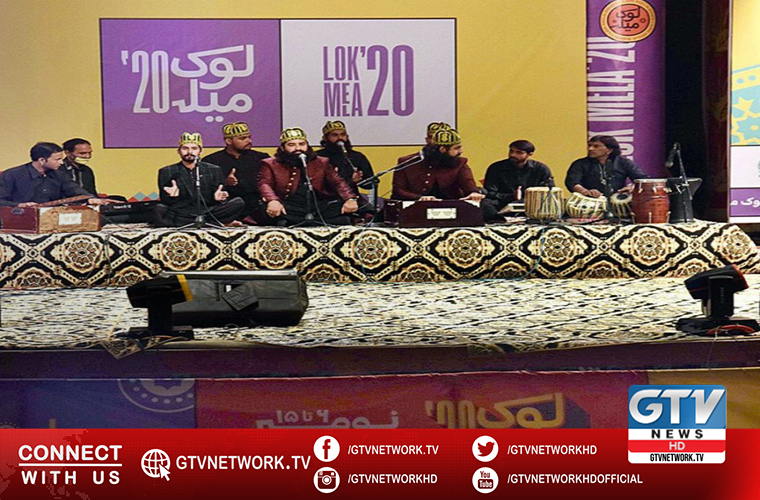 The event held under the aegis of National Institute of Folk and Traditional Heritage ( Lok Virsa) aimed to keep alive the culture of the Sufi’s music at “Annual Lok Mela”.

They mesmerized the audience with soulful and stirring touching Persian and Urdu ‘kalams’ of Sufi poets.

A ten-day folk festival, started on November 6th, is in full swing.

More than 700 artists and artisans from all four provinces including Gilgit-Baltistan and Azad Jammu Kashmir participating in the ten-day event.

For the first time Lok Virsa also arranged a folk theater especially for the young talent in the Lok Mela.

The traditional food stalls of all four provinces including Gilgit Baltistan and Azad Jammu Kashmir also attracting a large number of visitors and people.

A large number of people from different walks of life including professional and general masses, art and craft experts, cultural personalities, diplomats, political figures, media persons and students visited and entertained by the fascinating performances of the artists.

The Lok Mela would continue with all its festivities till November 15th.