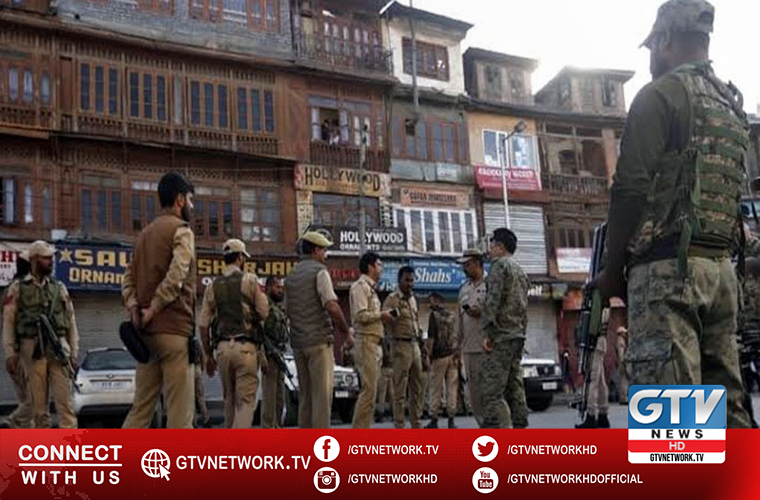 A government official told a group of journalists that the recent Indian attempts for making history of Kashmir conflict controversial aimed at diverting attention of the international community, from gross human rights violations and atrocities of its security forces in the occupied territory.

The official said India is distorting the facts to create divisions among the Kashmiri youth fighting for their liberation, the official told a select group of journalists here in Islamabad.

Narrating the series of events back in 1947, the official said that the Hindu RSS militants and Dogra troops attacked Jammu and massacred over one hundred thousand Muslims in October 1947.

He said the recent reports appearing in Indian media regarding move by Pushtuns and Kashmiri volunteers on October 22, 1947, to liberate the valley from Hindu RSS militants and Dogra troops were just an attempt to make the history of Kashmir conflict controversial and divert world’s attention from the prevailing crisis in the valley.

“As British left the Sub-continent in 1947, independent princely states were asked to choose between India and Pakistan as per majority population (Hindus/Muslims). The formula dictated that J&K should join Pakistan as 77% of its population was Muslim,” the official stated.

“However, Nehru, being a Kashmiri, was not comfortable with the thought of the region falling to Pakistan. Hindu RSS militants with Dogra troops attacked Jammu and massacred one hundred thousand Muslims.”

Furthermore, he said: “On Oct 22, Pashtuns and Kashmiri volunteers started to advance to liberate the land. Resultantly, Maharaja Hari Singh got unnerved and fled the area asking for Indian help.”

The official said that India immediately launched forces which landed in Srinagar on Oct 26, 1947, while Maharaja signed the ‘Instrument of Accession’ later.

He said the advance by Kashmiri and Pashtun tribal leaders resulted in partial success as Indian forces had already reached Srinagar. The liberated area was renamed as Azad Jammu & Kashmir.

India took the conflict to UN which passed Resolution 47 asking for wishes of the people to be respected through a plebiscite. Nehru at that time said that as soon as peace and order was established, Kashmiris should decide accession by plebiscite or referendum, he said, lamenting that India was yet to fulfill promise by its founding fathers.

The official said entry of Indian troops on October 27, 1947, in Kashmir was unconstitutional as well as illegal and that was why Pakistan as well as Kashmiris across world observe this as a ‘Black Day’.

The official said despite using all its tricks and plans in Indian Illegally Occupied Jammu and Kashmir, the RSS-backed Indian government has failed to suppress the freedom movement of the Kashmiri people.

He said it was time for the world to tell the Modi-led fascist regime to stop machinations to achieve its nefarious designs in the occupied territory and resolve the Kashmir dispute in its historical background in the larger interest of the region and the world at large.

Interior Minister briefed on steps for maintenance of peace in Sindh