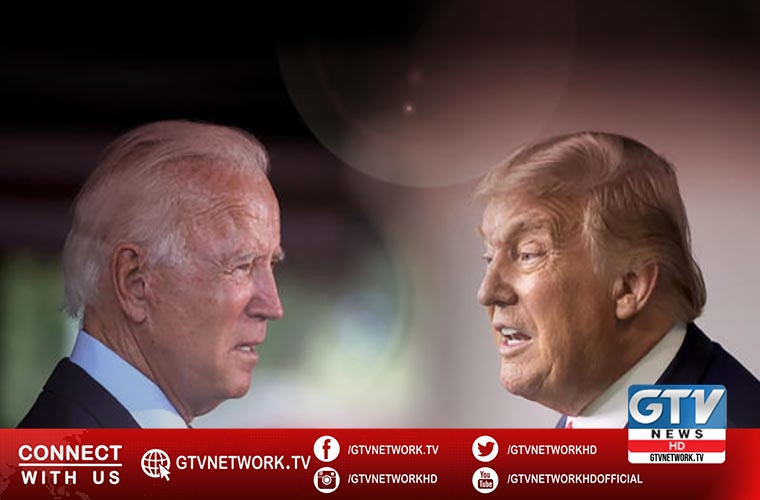 Trump hastily claims victory in US presidential election prior to vote count.

US President Donald Trump on Wednesday claimed that he had won the presidential election even though millions of votes are still being counted.

However, his Democratic rival, Joe Biden, also told supporters that he was on track to win the hotly-contested race.

“This is a fraud on the American public,” he told a crowd of invitees at the White House without providing any evidence to support his claim.

“This is an embarrassment to our country. We were getting ready to win this election. Frankly, we did win the election.”

Anxious American people watched television channels all night, but there was no winner in the race, with votes still being counted in some key states.

The president said he wanted to stop the counting of votes and put the outcome of the election in the hands of the Supreme Court as he was confident of winning a contest that will not be resolved until a handful of states complete vote-counting over the next hours or days.

The president said he wanted to stop the counting of votes and put the outcome of the election in the hands of the Supreme Court.

“We want all voting to stop,” he said. “We will win this,” the president said, before insisting, “as far as I am concerned we already have won it.” In fact, he has not won the battleground states he claimed as victories, like North Carolina, Pennsylvania and Michigan.

His remarks were an escalation of his months-long effort to cast doubt on the legitimacy of the race and previewed what is expected to become a protracted legal battle. They also stood in contrast with remarks made earlier in the evening by former Vice President Biden J, who urged his supporters to have patience until all the votes were counted.

“It’s not my place or Donald Trump’s place to declare the winner of this election,” Biden said. “It’s the voters’ place.”

Election laws in all U.S. states require all votes to be counted. More votes still stood to be counted this year than in the past as people voted early by mail and in person in the face of the coronavirus pandemic.

Trump won the battlegrounds of Florida, Ohio and Texas, dashing Biden’s hopes for a decisive early victory, but Biden said he was on track to winning the White House by taking three key Rust Belt states.

Biden, 77, was eyeing the so-called “blue wall” states of Michigan, Wisconsin and Pennsylvania that sent Trump, 74, to the White House in 2016 for possible breakthroughs once those states finish counting votes in hours or days to come.
Before those states and a handful of others are decided, Biden has 238 of the 270 Electoral College votes he needs to become president. Trump has 213, according to the AP’s tally.

“We feel good about where we are,” Biden said in his home state of Delaware, shouting over a din of supporters in cars honking their horns in approval. “We believe we’re on track to win this election.”

Trump has repeatedly and without evidence suggested that an increase in mail-in voting will lead to an increase in fraud, although election experts say that fraud is rare and mail-in ballots are a long-standing feature of American elections.