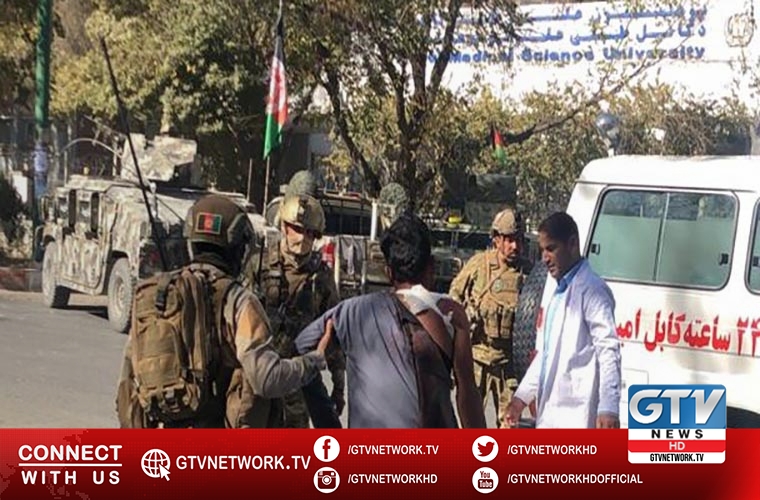 Moreover, 22 other wounded when gunmen stormed the University in a brutal, hours-long assault that saw students left in pools of blood in their classrooms.

Survivors described horrific scenes following the incident that unfolded around 11am (0530 GMT) when a suicide bomber blew himself up inside the campus.

He said the terrorist attack scared them and they thought it the last day of their lives.

Boys and girls were shouting, praying and crying for help.

Ahmadi further said that he and other students were besieged for more than two hours before being rescued.

Later, Daesh or IS terrorist group claimed the attack in Afghanistan’s capital.

It was also the second time in less than two weeks that an educational institution was targeted in the capital.

Kabul police spokesman Ferdaws Faramerz told AFP most of those killed were students.

Afghan media reported the book exhibition was being attended by several dignitaries at the time of the shooting.

On the other hand, Iran’s semi-official ISNA news agency reported that Iranian Ambassador Bahador Aminian and cultural attache Mojtaba Noroozi were scheduled to inaugurate the fair, which was to host some 40 Iranian publishers.

“Security forces had to protect thousands of students and staff members while also trying to apprehend the gunmen.”