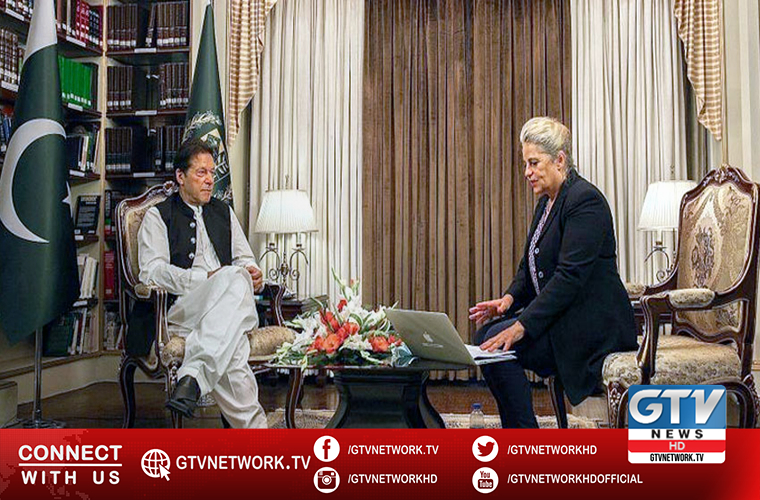 PM wants US to get rid of flawed pro India policy in the region.

PM wants US to get rid of flawed pro India policy

He expressed these views, in an interview with a German magazine in Islamabad.

Furthermore, he called the South Asian region as a hot-spot that could flare up at any time.

The PM said Pakistan expects from the United States an even-handed treatment with respect to India.

Especially, he referred to the Kashmir dispute.

He called India a threat to its neighbours, including China, Bangladesh, Sri Lanka and Pakistan.

Imran Khan said currently India has the most extremist and racist government on the subcontinent.

He said the Nazis of 1920s and 30s remain source of inspiration.

About Afghanistan, the Prime Minister said from day one, his government has been fostering dialogue to resume peace in that country. He said Pakistan has no favourites in Afghanistan.

The Prime Minister said our only interest is that the future government in Kabul does not allow India to operate from there against us.

Meanwhile, Imran Khan also expressed his views on the United Arab Emirates, Bahrain and Sudan having established relations with Israel.

He said every country has its own foreign policy but Pakistan cannot recognize Israel unless there is a just settlement of the Palestinian issue.