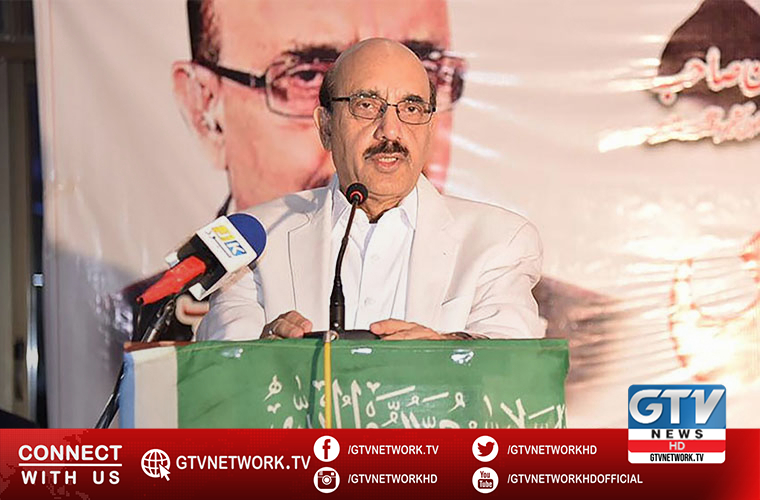 Sardar Masood Khan on Friday said latest threats from India to fight a war inside Pakistan and Azad Kashmir should be considered as warning.

He said, while addressing a conference on Kashmir held under the aegis of Markazi Jamiat Ahle Hadith Pakistan in Lahore.

Moreover, he said India had been acquiring weapons and war arsenal from all over the world.

He said stockpiling of these weapons warrant us to remain alive to India’s nefarious designs and prepare ourselves to respond to the looming dangers.

AJK President said existing global order which had been siding with the powerful instead of the weak had become ineffective.

He said big powers remain silent over brutalities as well as crimes against humanity which the occupied Kashmir suffered from.

Hence, he urged that in this situation, they themselves would have to awaken.

Furthermore, they also have to awaken the whole Muslim community.

He warned that on the one hand, the enemy intended to crush us through its military might.

And on the other hand, creating a wedge in our rank and file to weaken our strength.

Sardar Masood said the small conferences and the lip service would never resolve the Kashmir issue.

He said that they would have to launch an effective campaign across the world to capture the attention of the United Nations.

Besides, AJK president suggested to compel the influential world powers to break their silence.