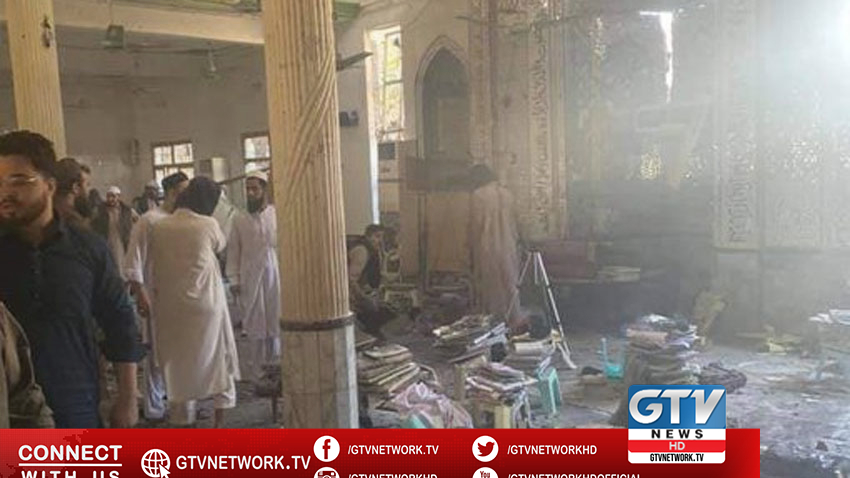 More than 50 got injured in an IED blast in the seminary of Dir Colony area of Peshawar.

According to Rescue 1122, the injured have been shifted to Lady Reading hospital.

SSP, Operations, Mansoor Aman and Spokesman Lady Reading Hospital confirmed the deaths of eight students and injuries to nearly 95 others.

He it was an IED explosion that occurred inside the hall of the mosque in seminary when the religious teacher, Maulana Rahim Ullah was delivering the lecture. Rahimullah survive the attack with minor wounds.

Police and security forces have cordoned off the area and search operation is under progress.

Meanwhile, President and the PM have condemned the Peshawar blast.

Moreover, they expressed deep grief and sorrow over the loss of the precious lives.

Furthermore, they commiserated with the bereaved families.

They prayed for the highest ranks for the martyrs and for early recovery of the injured.

In his tweet, Imran Khan assured the nation that the government would bring terrorists responsible for this cowardly barbaric attack to justice.

He said he was saddened over the seminary blast.

In his tweet on Tuesday, he said those behind the attack on students have nothing to do with humanity.