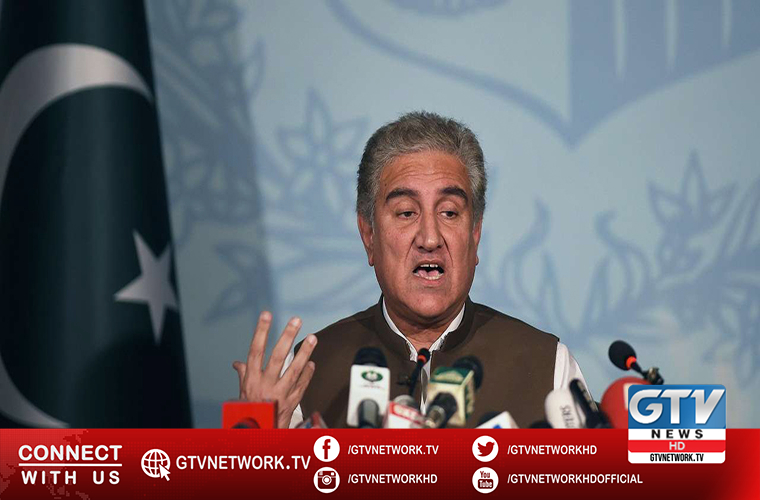 FM asks UN to take notice of hate based narrative against Islam.

In a statement on Monday, Foreign Minister Shah Mahmood Qureshi urged the UN to take notice.

He also asked the UN to take action against the hate based narrative against Islam.

FM asks UN to take notice of hate based narrative

The FM drew attention of the UN to resentment in the world over the blasphemous caricatures.

He said irresponsible statement of the French President has added fuel to the fire.

Shah Mahmood said nobody has the right to hurt the sentiments of millions of Muslims under the garb of freedom of expression.

The FM said the seeds of hate that are being cultivated today will polarize the society and have serious consequences.

He also mentioned of summoning the French Ambassador to Pakistan to the foreign office to register protest.

On the instructions of the Prime Minister, he said a comprehensive resolution will be presented at the next meeting of the OIC foreign ministers.

He announce to take up the issue of blasphemous caricatures at the forum of OIC.

In a tweet on Monday, he said France has badly hurt the sentiments of Muslims in the month of Rabi-ul-Awwal.

Ashrafi said Prime Minister Imran Khan had already raised the desecration of sanctities at every forum.