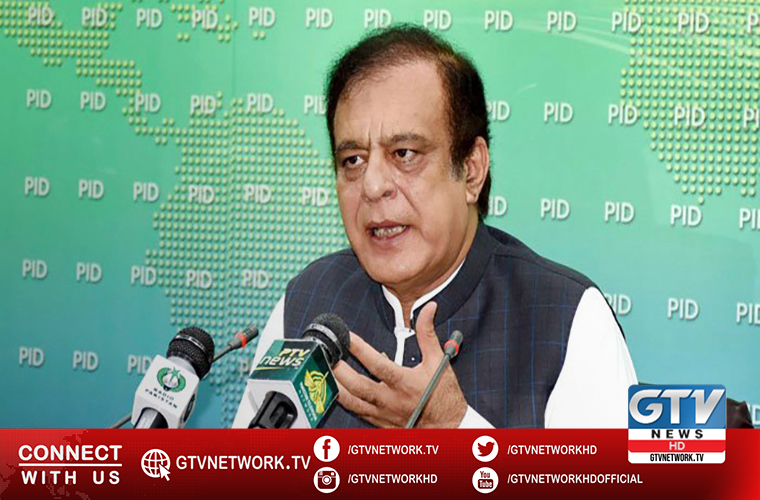 Shibli says jail is next abode of former rulers for plundering the national wealth.

Minister for Information and Broadcasting Shibli Faraz slammed the opposition parties leaders, while Addressing a news conference in Islamabad on Friday.

Shibli says jail is next abode of former rulers

He said people have rejected the rulers who ruled the country for decades.

He said their politics has ended and their next abode is in jail for plundering the national wealth.

Shibli Faraz said these rulers forget people and democracy during their government tenrue.

Then, he said,  they only focused on making money for themselves.

He said efforts are underway to bring back Nawaz Sharif from London so that he faces his cases and answers for his assets.

The Minister said the government will not only get punished the corrupt elements but will also recover the looted national wealth.

He further said the video footage of the arrest of Captain (retired) Safdar in Karachi showed that he was taken into custody by police in a respectable manner.

He said the video exposed the contradictory statements of Sindh government and Maryam Safdar.

Meanwhile, he also spoke Pakistan’s economy which he said is reviving.

He said exports are on the rise; remittances are at record high level; and construction industry is fast flourishing.

The Minister said the record increase in remittances shows trust in the PTI government.