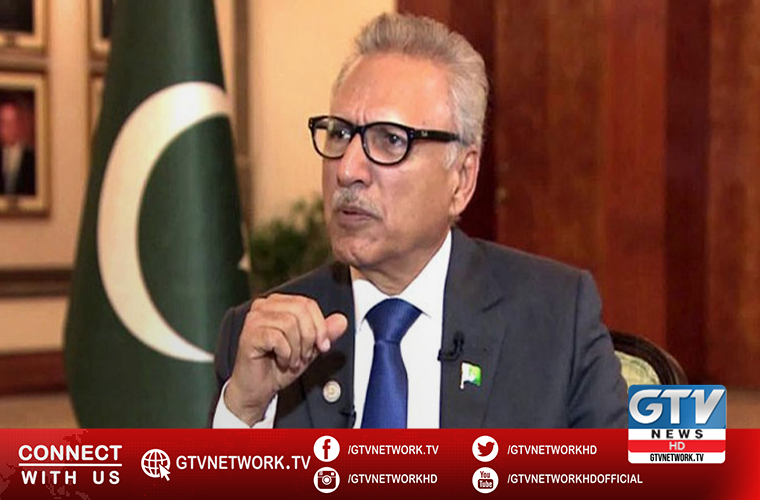 Dr Arif Alvi floated this suggestion in an interview with a private television channel (Roze News).

He Thursday suggested the government to ensure sufficient import and stocking of eatables to reduce inflation.

He thinks by so doing would close doors to mafias, who always took advantage of demand-supply gap.

Furthermore, he underlined it essential to control the prices of flour, sugar and other food items for being daily use items for everyone.

He said the shortage of any commodity always created room for the mafias, which exploited the situation.

However, he said the government could control the shortage of eatables by enhancing their agriculture produce or through import.

President Alvi lauded the government’s achievements against COVID-19 and on economic front.

He lamented calling it unfortunate that both the achievements failed to become part of any political discussion.

To him it was contrary to other countries like the United States where even the presidential debate revolved around the pandemic.

While referring to his recent meeting with the Board of Governors of National School of Public Policy, he urged the bureaucracy to be responsive for meeting the public expectations.

He said the early detection of the breast cancer disease would avert deaths.

Similarly, he said, the country could have witnessed huge casualties if it had not achieved success against the COVID-19 pandemic.

However, he said the credit for remarkable success went to the coordination and better data sharing among the national institutions.

Moreover, credit also goes to financial support from the government to avoid hunger-related deaths and discipline which the people observed.

He advised the people to continue pursuing the anti-COVID precautions to avert the overcrowding at hospitals and deaths.

He said after the month-long awareness on breast cancer, First Lady Samina Alvi would focus her efforts for the rights of disabled people, particularly the job opportunities for them.

The president noted population control as another area of his interest which could be managed through two-year breastfeeding.

It would not only delay the pregnancy but also protect the child from stunted growth.

He said the prime minister boldly faced the pressure of blanket lockdown in the country because he feared that any such step would cause hunger-related deaths even more than the COVID itself.

Rather, he said the government announced incentive-laden relief package for the construction industry to keep up the economic activity.

The construction package would help engage both the skilled and non-skilled labour to provide them livelihood.

He said under the new initiative, the government had passed new laws to engage the private commercial banks to provide housing loan to the low-income group for fulfilling their dream of having own shelter.

He said the recent auction of commercial plots in Islamabad was also due to the investors’ confidence in the country’s future economic outlook.

The President said consequent to the government’s prudent economic policies, the country’s current account deficit had been reduced from $18 billion to $2 billion.

To a question, the president appreciated the contribution of Pakistan Army in the national development.

Particularly, he lauded its tremendous achievement of purging the country of terrorism, which no other country could do.

He also recalled the army’s support to revive peace in Karachi, besides its contribution during the floods.

He said during his recent visit, leader of Hizb-e-Islami of Afghanistan Gulbadin Hekmatyar lauded the hosting of millions of Afghan refugees by Pakistan as historic gesture contrary to the Western countries which were unwilling even to host a few hundred refugees.

Asked about the recent controversy in Karachi following the arrest of PML-N leader Safdar Awan, the president said the matters involved politics and should have been handled in a better way.

However, he said, the parties concerned must await the findings of the inquiry ordered by the army chief.

The president said Pakistan was emerging as a great nation that would revive the moral standards in a world where the money was the driving force.

Islamabad to be made model city regarding healthcare facilities

Pakistan at UN urges creation of facility for infrastructure investment