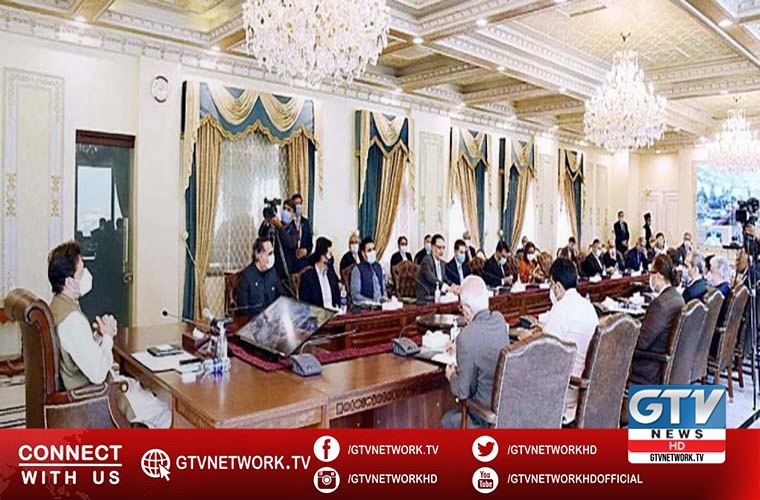 PM calls for maximum facilitation for poor in getting bank loans, taking care of their self-respect.

Prime Minister Imran Khan expressed these views, while presiding over the weekly meeting of the National Coordination Committee on Housing, Construction and Development in Islamabad on Thursday.

GTV Network HD had earlier given its initial report.

The PM urged to provide all kinds of facilitation to the poor people in getting bank loans and particularly taking care of their self-respect.

The State Bank of Pakistan governor briefed the meeting about the provision of loans to the poor and middle class segments of the society on easy installments.

Heads of the National Bank of Pakistan, Allied Bank Limited, Meezan Bank, Bank Al-Habib, Habib Bank and Bank of Punjab apprised the prime minister of the provision of loans under the Naya Pakistan Housing Programme.

They told the meeting that with the setting up of special desks at their respective branches, they made the process of getting loans very easy. The private banks would provide loans both under the Islamic and conventional banking.

Furthermore, heads of banks assured their full support and cooperation to the government in the promotion of construction sector and facilitating the poor segments of the society for the construction of their own houses.

They lauded the prime minister and the government’s economic team for taking measures for the business community, including the banks keeping in view the situation of COVID-19 pandemic.

Officials informed the meeting they were using technology to make the process of providing loans in short time.

They said it would help verify the applicants’ documents early and speedily.

The Punjab chief secretary told the meeting that Punjab govt established an online portal for the constructors and builders.

Notably, the portal had so far received 6,994 applications and 54 percent of those had been approved.

Meanwhile, the officials concerned told the meeting they had linked the institutions concerned with the online portal.

They did so in order to avoid delay in the approval process. With the provision of a time-line for the approval of applications, the applicant also remained updated about his/her case through the mobile application.

Meanwhile, the PM urged all the provinces to fully utilize the online portal.

To him it could hasten the process of approvals and also make it transparent.

Japan agrees to provide Pakistan a grant of Rs1.54bn to fight Covid19