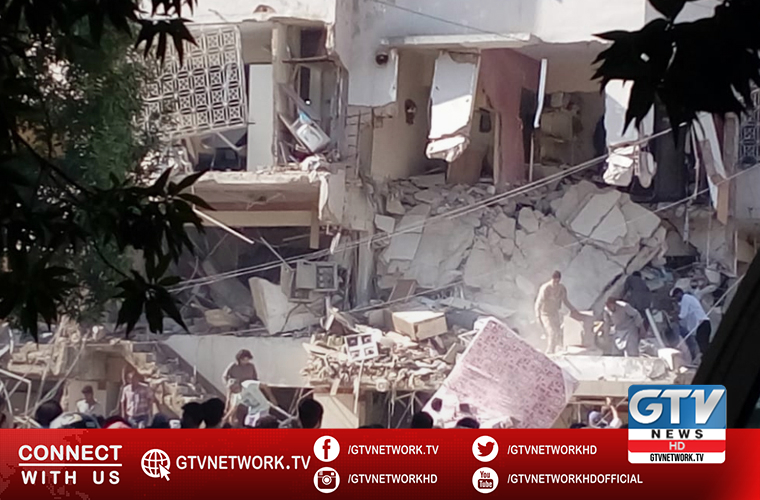 Initially, reports had it at least one person died in the explosion, while other several fell seriously injured.

The explosion took place in the upper portion of a multi-storey building at Gulshan-e-Iqbal’s Maskan Chowrangi early Wednesday morning.

According to initial reports, Police and Rangers have reached the spot and launched a rescue operation.

Nature of the blast has not been ascertained yet but the impact of the explosion was so severe that windowpanes of the nearby building were shattered, electronic channels reported.

According to rescue teams two floors of the building are badly damaged as a result of the blast.

Although, speculation bandied around had it that it could have work of terrorists and saboteurs, probe suggested it a result of gas leakage.

So far, peace in Karachi remains maintained and people are spending days and nights as per routine.

However, enemies mislead people outside the city and the country through fake news regarding Karachi.

By and large, Karachiites are living amid peace.