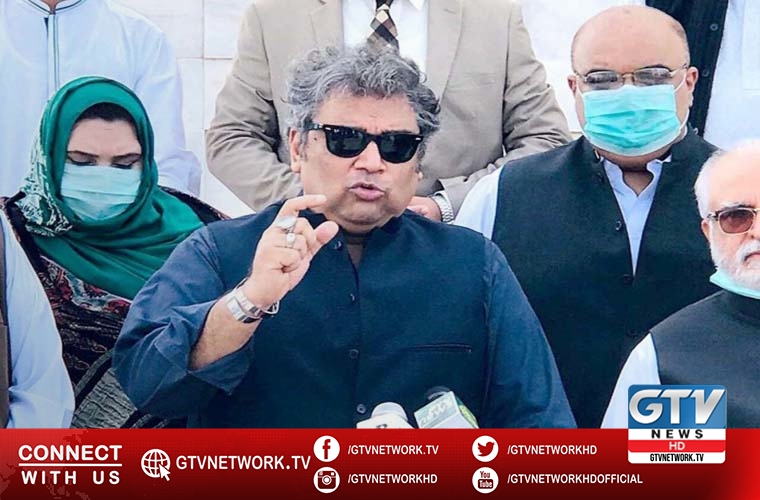 He termed law enforcement issue a serious matter of concern due to Pakistan Peoples Party (PPP) government’s politicization  of the Sindh police.

In a statement on social media, he said the Sindh government was trying to misguide the people by telling an unbelievable story of inspector general’s kidnapping.

The minister also blamed Sindh government for cover up of the inept handling of Capt Safdar’s issue.

Meanwhile, Ali Zaidi also expressed dismay over the sorry state of affairs of the Sindh government.

He asked the people to go through the joint investigation team’s report about Omni Group which had exposed the ugly face of Sindh government.

The Sindh Police made the arrest the day after a citizen lodged First Information Report (FIR) against Captain (r) Safdar.

FIR charged him, Maryam Nawaz, he and hundreds others for slogan-mongering inside the Quaid’s mausoleum.

As per the FIR, they violated sanctity of Quaid’s mausoleum in Karachi.

However, police released him after a judicial magistrate granted him bail on surety bonds of Rs100,000 same day.