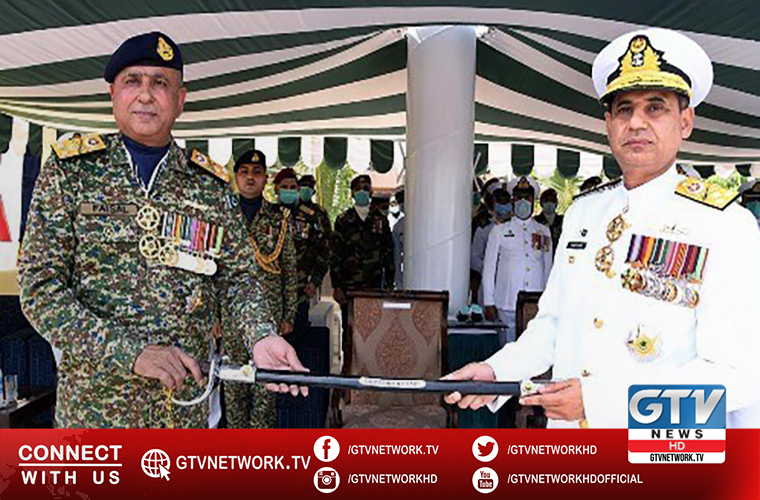 Two vice admirals take over as Pakistan Navy COMKAR and COMCOAST in Karachi.

Both took new charge in separate ceremonies held in Karachi on Monday.

On assumption the Command as COMKAR, Vice Admiral Faisal Rasul Lodhi is now the Commander of all Pakistan Navy (PN) establishments and training units at Karachi.

Whereas COMCOAST, Vice Admiral Zahid Ilyas is now the Commander of Special Service Group (Navy), Pak Marines and all PN units along the Coast and Creeks areas, said a news release issued on Monday.

He has also performed duties as Additional Secretary-III in Ministry of Defence.

Besides, he has also attained Master’s Degree in International Security & Strategic studies from United Kingdom.

In recognition of his meritorious services, the Admiral was awarded Hilal-i-Imtiaz (Military).

He has also done Masters in Military Operational Research from United Kingdom and Senior Naval Command Course from China.

In recognition of his meritorious services, the Admiral was awarded Hilal-e-Imtiaz (Military) and Sitara-e-Basalat.

During the separate Change of Command ceremonies, the Admirals were presented with Guard of Honour.

He was introduced to the Commanding Officers of units under their respective Commands.

The ceremonies were attended by Pakistan Navy officers, CPOs/ Sailors and Navy civilians.

Construction of Quetta to Karachi and Chaman highways approved