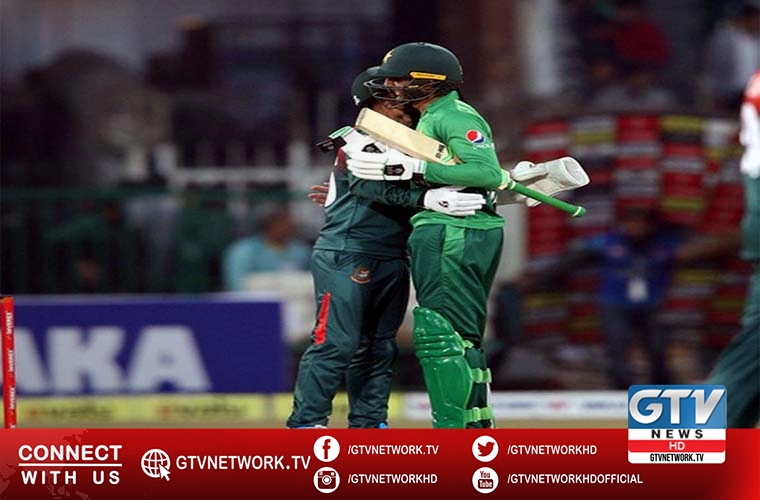 He said PCB has invited England for three T20I in January 2021, just before the two Test and three T20I series against South Africa,

The tour, subject to Covid-19 situation as well as security clearance, likely to take place between 13 and 20 January.

Khan said, while talking to APP in an exclusive interview.

He said PCB would confirm fin al dates and venues only after England Wales Cricket Board (ECB) gives their go-ahead to the tour.

“I sent an invitation to the (ECB) early this week on Monday following various discussions with their chief executive Tom Harrison. The ECB will now follow their standard pre-tour protocols, including assessment of the Covid-19 situation, player availability and security clearance before informing us of their decision.

“But I am encouraged and feel optimistic with the fillers and responses I have been receiving from London and I remain confident that Pakistan will be able to host England for a short tour, which will set the stage for a full tour in 2022,” Wasim Khan told the Associated Press of Pakistan.

The England and Wales Cricket Board endorsed Wasim Khan’s comments.

Root was quoted as saying.

“After discussions with the Pakistan Cricket Board, we can confirm the England and Wales Cricket has received an invitation in respect of a short white-ball tour to Pakistan during the early part of 2021.”

At the end of the drawn second Test at Southampton in August, England Test captain Joe Root had expressed his desire tour Pakistan.

“I’d love to go and visit Pakistan. It would be a great opportunity to go and play there personally. You could see the emotion of everyone back in Pakistan when Test cricket was there back-end of last year.

“Also, speaking to a few of the players, how much it meant to them as well and they really appreciated being able to play back in Pakistan too. We’ve such a busy schedule already with backlogging due to Covid, it will be interesting to see how that would work,” Root was quoted as saying.

Earlier this week, British Airways resumed their flights to Lahore for the first time in 44 years. They had earlier suspended their operation to Islamabad in June due to Covid-19, but revived in August.

England last toured Pakistan in 2005 under Michael Vaughan, but the 2012 and 2015 series were played in the United Arab Emirates. If the three T20I tour goes ahead, it will all but confirm England’s full tour in 2022 for three Tests and three ODIs.

Thirteen England players, led by Moeen Ali, featured in the Pakistan Super League 2020, which was staged in Pakistan for the first time since its inception in 2016.

Absolutely the right thing to do

Earlier, this summer, Wasim Khan was severely criticized for his decision to send the Pakistan squad to England for a scheduled FTP tour.

However, he had stood firm on his decision, repeatedly emphasizing that cricket and Covid needed to co-exist for a period time. And therefore, it was critical that PCB played its part in getting cricket being played again globally.

Pakistan lost the Test series 1-0, a series they should have won, and tied the T20Is 1-1, again a result that could have gone in the way of the green shirts.

However, Waseem Khan considered it absolutely the right thing to do.

He said we wanted our cricketers to play cricket, provide entertainment to the home-restricted fans.

We want to show solidarity with the England and Wales Cricket Board, he said.