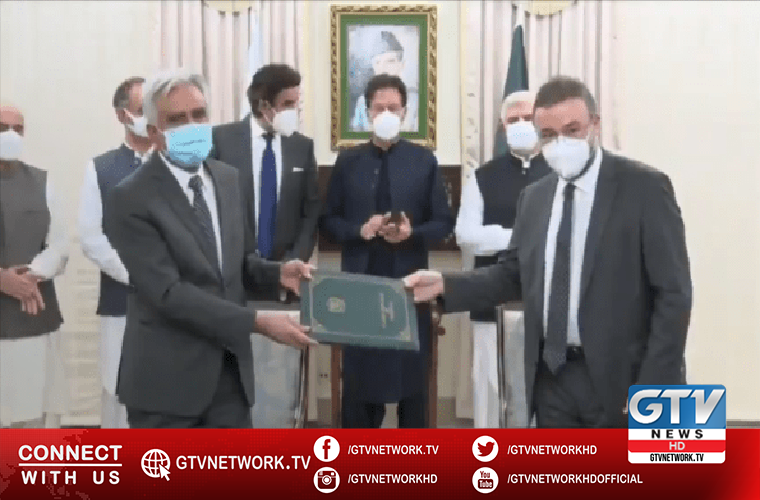 Prime Minister Imran Khan on Thursday witnessed the signing ceremony of two financing agreements worth US $ 1,150 million with the World Bank.

The World Bank will provide US$ 1.150 billion concessional financing to Pakistan for the two projects to support hydropower and renewable energy development in Khyber Pakhtunkhwa.

Evacuation and transmission of power from DASU Hydropower Project also included in the financing accord.

Under the one financing agreement, the World Bank will provide US$ 450 million for the Khyber Pakhtunkhwa Hydropower and Renewable Energy Development (KHRE) Project.

The project’s development objective is to increase renewable energy generation and strengthen the capacity of associated institutions in Khyber Pakhtunkhwa.

The Khyber Pakhtunkhwa Hydropower and Renewable Energy Development (KHRE) is a transformational programme that will help in building capacity and institutions for harvesting the vast renewable energy potential of the province.

World Bank will provide US$ 700 million

Under the second financing agreement, the World Bank will provide US$ 700 million for Evacuation of Power from DASU Hydropower (Phase-I) Project.

The objective of the project is evacuation and transmission of power from 2160 MW Dasu Hydropower (Phase-I) Project to respective load centers of DISCOs (Distribution Companies) by construction of 765 kV double circuit transmission line from DASU HPP to Islamabad via Mansehra. It will also facilitate in evacuation of power from new upcoming projects in that area.

Meanwhile, Prime Minister Imran Khan spoke on the occasion. He said shat Pakistan valued its partnership with the World Bank and the government would continue with the objective of socio-economic uplift of the people of Pakistan.

The WB Country Director reiterated his commitment to support Pakistan and appreciated the government’s resolve, efforts and measures in the fight against COVID-19 and continuing efforts for structural reforms.

Makhdum Khusro Bakhtyar, Minister for Economic Affairs, while thanking the World Bank for its continued support, said that the Government of Pakistan was committed to continue the structural reforms process in the country.