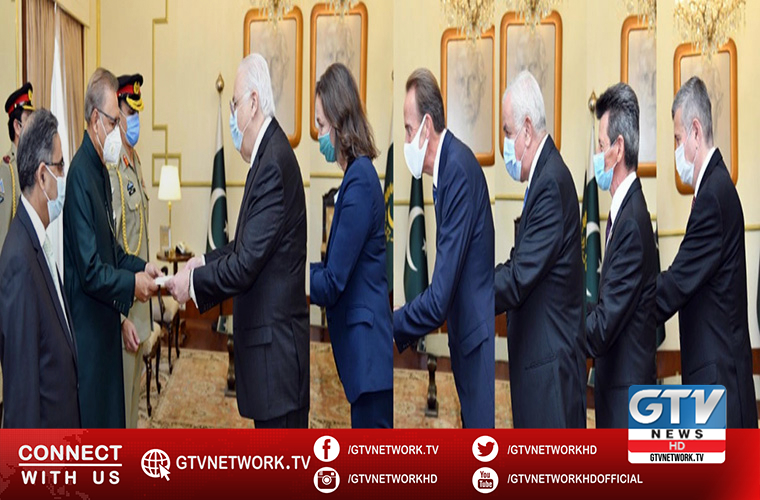 They included: ambassadors to Pakistan of Brazil, Denmark, Sweden, Greece, Hungary and Ukraine.

He said India has unleashed a reign of terror by persecuting the minorities.

He said India is perpetrating against Muslims and other minority groups.

Furthermore, he also highlighted the gross human rights violations being committed by India in illegally occupied Jammu and Kashmir.

President Dr Arif Alvi said that Pakistan is making efforts for promoting peace and stability in the region.

He said this in an interview with a private news channel.

Furthermore, he said India, having a history of hatching conspiracies against Pakistan and being perturbed by its economic achievements, is trying to destabilize the country through various means, including the attempts to create religious disharmony.

He suggested the political forces in Pakistan should also realize the fact and get united for the country’s sake.

He asked opposition to unite for the sake of Pakistan instead of maligning the state institutions should stand behind them.

Dr Alvi said India is also trying to create unrest in Karachi, besides creating problems in Balochistan through its spies like Kulbhushan Jadhav.

He said India has been playing the role of a spoiler in Afghanistan.

Moreover, he noted India has also problems with all its neighbours, including China, Sri Lanka, Bangladesh and Nepal.

President Alvi also referred to a recent report published in the Foreign Policy Magazine and said the Indian state-terrorism has been exposed in the world.