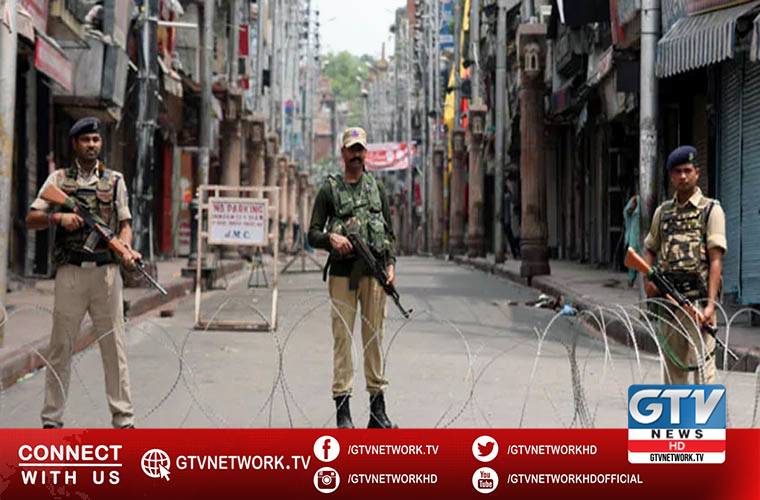 Another Kashmiri youth martyred in Indian troops act of state terrorism in IOJK’s Srinagar on Monday.

The youth embraced martyrdom during Indian troops cordon and search operation in Rambagh area of the city.

They condemned the recent order passed by the Modi-led fascist Indian government to grant undue concessions to Hindus.

Besides, they highlighted fact that India bypassed Sikh and Muslim communities in provision of jobs, education and other facilities.

Dozens of Sikhs under the banner of APSCC assembled at Press Enclave in Srinagar.

They raised slogans against the discriminatory order.

Moreover, the protesters urged the Indian Supreme Court and IIOJK High Court to intervene and reverse the Modi regime’s decision.

On this occasion, APSCC Chairman Jagmohan Singh Raina also spoke to the media.

He said the order is Discriminatory and detrimental to the interests of the Sikh and non-Hindu communities of IIOJ&K.

He said, while chairing an executive committee meeting of his party in Srinagar.

He said that Illegal and forced subjugation and unabated oppression unleashed by India is a dangerous situation and can have disastrous repercussions on the world peace.

Furthermore, he said that the dispute, hindering the peace and development prospects in South Asia, was not a border issue but about determining the future of IIOJK and India’s arrogance, stubborn attitude and denial of inalienable right had converted the beautiful territory into a hell.

He said that people in the territory had resolved to continue the ongoing freedom movement till it reached its logical conclusion.