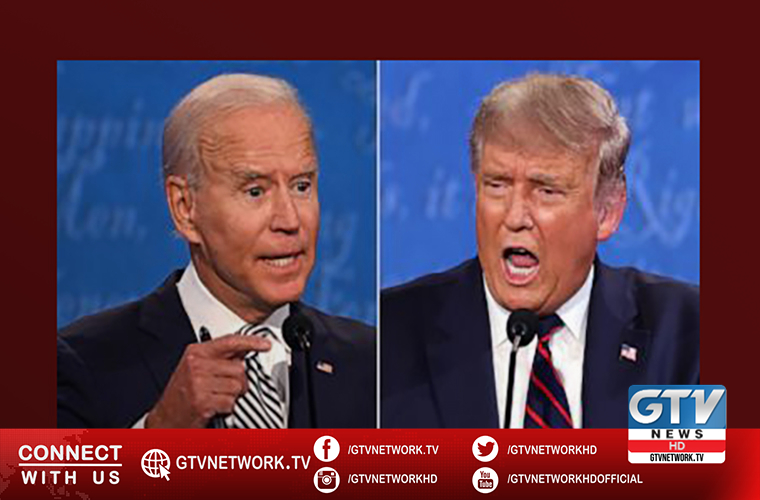 Biden maintains lead over Trump in final weeks leading to election, according to a new Pew Research Center poll.

US Democratic presidential nominee Joe Biden is viewed more favourably than Republican President Donald Trump among Americans on most issues with less than a month to go until the general election.

Pew conducted the national randomized survey among nearly 12,000 U.S. adults, 10,543 of whom were registered voters.

The survey was conducted over the last week of September and the first week of October, including when news broke about the coronavirus diagnosis of the president and first lady on the morning of October 2.

In the results, Pew found that more American adult voters see Biden as a greater symbol of unity, with 50 percent saying he would do a better job to “bring the country closer together,” compared to only 30 percent who said the same about Trump.

Biden also polled ahead of Trump on foreign policy and the ability to “effectively handle law enforcement and criminal justice issues,” as Trump has responded to recent national protests against police brutality and clashes with law enforcement by authorizing the use of federal agents in an attempt to halt further violence.

Fifty-five percent of those surveyed also believe Biden will “select good nominees for the Supreme Court,” compared to 49 percent who have this perception of Trump.

This comes just two weeks after the president announced his nomination of conservative Judge Amy Coney Barrett to the high court.

The only issue that Pew found Trump having an advantage over Biden was on the economy, although the president leads by a small margin of 1 point, 52 percent to 51 percent.