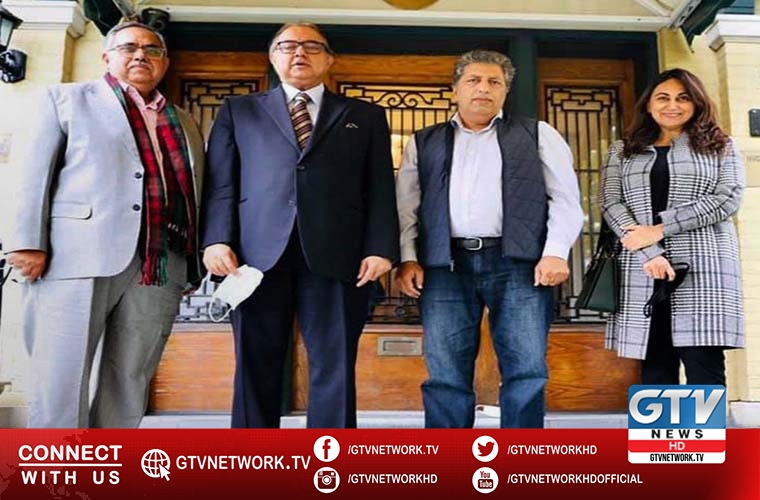 Pakistan’s High Commissioner to Canada Raza Bashir Tarar called for this, while talking to a group of Pakistani investors who met him at the high commission on Friday.

He urged the Pakistani diaspora and their representative associations in Canada to synergise their resources and formulate consortiums to launch bigger investment and long term development initiatives in Pakistan.

“It is heartening to see the Pakistani diaspora in North America come forward and contribute generously to the development of the country of their origin through home remittances and extension of relief and assistance to fellow brothers and sisters in difficult times,” the high commissioner said

The delegation shared with him various activities and initiatives launched by them in Pakistan, particularly in the water conservation, housing and education sectors.

The high commissioner said it was high time various associations and their members of Pakistani diaspora thought of investing in bigger, long-term projects in Pakistan, particularly in the agriculture, housing, education and food sectors.

Raza Bashir Tarar suggested that various associations and organizations of Pakistani diaspora in the North America put together a large business delegation consisting of potential investors among the Pakistani community to visit Pakistan and the high commission could provide them all necessary assistance and set up their meetings with the Board of Investment and other relevant authorities in Pakistan.

He also advised them to formulate concrete business proposals and the mission could act as a catalyst for fruition of those projects.

The deputy high commissioner was briefed that the IT company ‘Constellation Software’, which is the largest software company in Canada dealing with maintenance of old softwares, had hired around 1000 Pakistani software engineers and programmers, including women, from Karachi, Lahore and Islamabad.

About other projects in the pipeline, the Canadian Trade Commissioner said a Canadian company named JCM, involved in renewable energy particularly wind energy, had set up a 50MW plant in Jhimpir region of Sindh province, and a similar 50MW project was already in its final stages.

Both the officials also discussed the ongoing talks between the Canadian authorities with the Private Power & Infrastructure Board (PPIB) in Pakistan to forge government-to-government partnership for the construction of high-power transmission lines in Pakistan.

The project, if successfully concluded and implemented, would be the first of its kind and would be financed by multiple investors, including the Canadian Commercial Corporation (CCC), the Canadian government body involved in overseas investments.

Both the officials agreed to liaise actively for enhancement of mutual trade and investment.

CJCSC General Nadeem Raza in Jordan on an official visit

mran Niazi won’t be able to save himself despite using state’s power: Maryam