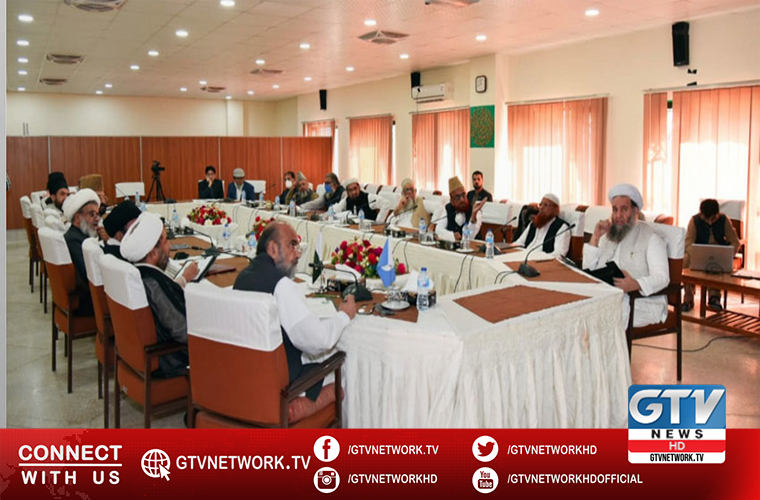 According to the Ministry of Religious Affairs, ulema and Mashiekh of different sects meeting held in Islamabad.

Renowned Ulema and Mashiekh signed a 20-point Unified Code of Conduct to promote harmony in the country.

They expressed their commitment to maintain interfaith harmony in the country in the light of historic document “Paigham-e-Pakistan”.

According the document, they urged citizens of Pakistan to ensure respect of basic rights of others including equality, social and political rights, freedom of expression, faith, and freedom of gathering.

They said that every Pakistan has the right of peaceful struggle for implementation of Sharia ensuring protection of Islamic principles and the constitution.

Furthermore, the document said that use of power in the name of implementation of Islam, struggle with arms against the state and all forms of violence and anarchy will be considered as “Baghawat”.

They urged all religious clerics and other persons belonging to different walk of the life to fully support the state and its institutions including law enforcement agencies and armed forces to end violence in society.

They said that no one should impose his sectarian views and ideology forcefully on anyone else because it is a blatant violation of Sharia and disruption on earth.

Moreover, they said that all sects of Islam have the right to preach according to their faith and doctrines but no one will be allowed for hate speech and baseless allegation on any person, organization or sect.