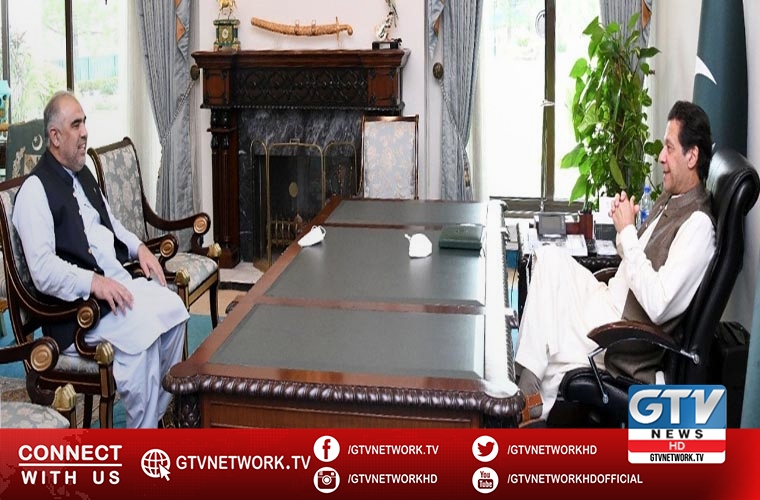 Prime Minister Imran Khan said the government wants to take along other parliamentary parties for legislation regarding public interest.

He told Speaker National Assembly Asad Qaiser that legislature has the most important role in protecting and upholding rights of the people under the constitution and the law.

The Prime Minister said, in this regard, the treasury members will continue to play their role for reforms and amendments required in the existing laws.

On the other hand,  the PM assured the businessmen and investors that the government is committed to remove all difficulties and hurdles in the way of business activities on priority basis.

He made assurance, while talking to a delegation of the country’s well known investors and business personalities in Islamabad.

Prime Minister Imran Khan said the development of construction sector would not only help promote business activities and create job opportunities but would also strengthen economy and boost wealth creation.

He expressed satisfaction over the investors interest in the projects, including the Ravi River Front Urban Development and Bundle Island.

He said the interest of local investors in the two important development projects initiated by the government is a good omen.

Moreover, the investors and business personalities expressed their views about the business-oriented environment in the country.

They lauded the present government’s efforts resulted not only in ease of doing business in the country but the business community was also encouraged by the better policies.