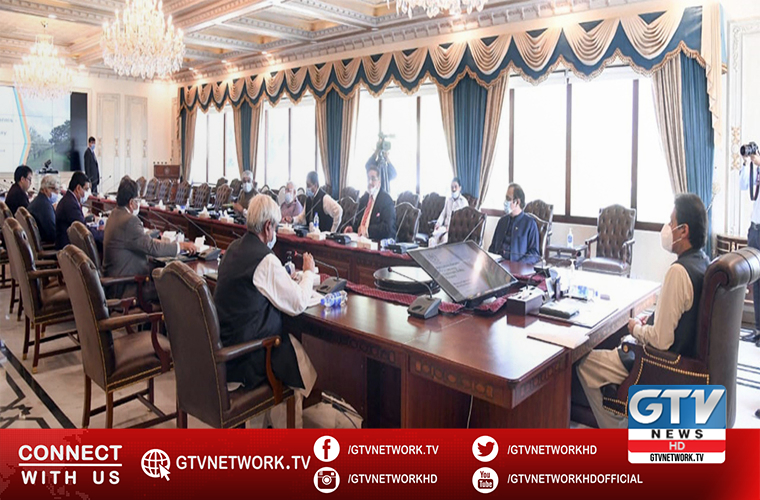 Prime Minister Imran Khan issued directives, while was chairing a meeting in Islamabad on Wednesday.

The meeting reviewed reforms in agriculture sector, improvement in agricultural produce and steps taken to meet the challenges of food security.

He directed to present an action plan of long short-term and long-term.

The PM wants plan based on timelines for improvement in agricultural sector, increase in production and modernization of the sector.

Furthermore, he directed to expedite the process of activating the National Food Security Dashboard in the Ministry of Food Security.

Besides, her directed them for coordination of all provincial governments and concerned departments for accurate, authentic and reliable data in connection with production estimates of various commodities.

He also directed to establish an integrated and coordinated system between all stakeholders including research institutions, universities and other concerned departments.

He also asked that special attention should be paid in establishing special economic zones for processing of agricultural produce.

The Prime Minister stressed the need to get benefits and utilization of experience and expertise of China in increasing crop produce and modernizing the agriculture sector.

Meanwhile, he also asked to reorganize the agro-ecological zones.

Officials concerned briefed the meeting on the food security challenges in view of the growing population.

Moreover, they also briefed them on current status of production of agricultural commodities and progress on the PM’s Agriculture Emergency Program.