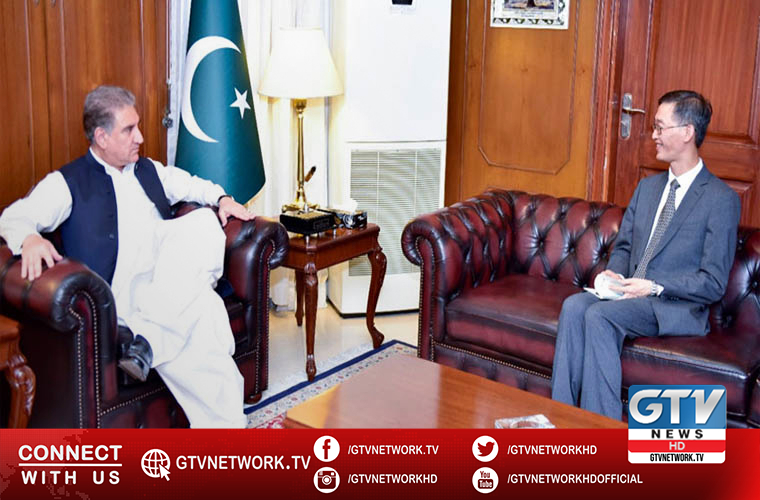 Foreign Minister Shah Mahmood Qureshi talked to Chinese Ambassador Yao Jing, who paid a farewell call on him in Islamabad on Wednesday.

He said the leadership of Pakistan and China remain committed to complete all projects in the second phase of CPEC at the earliest.

He said he had a meeting with his Chinese counterpart Wang Yi during visit to Moscow.

Both of them reached this understanding there.

He said the long-lasting friendship of Pakistan and China has become an example in the world.

While lauding the services of Yao Jing to strengthen relationship between Pakistan and China, he expressed hope that the new Chinese Ambassador will continue work with the same commitment.

He congratulated the Chinese Ambassador for receiving Hilal-e-Pakistan Award in recognition of his services.

The Chinese Ambassador thanked the Foreign Minister for his cooperation during his stay in Pakistan.

According to a PM Office Media Wing press release, Prime Minister Imran Khan lauded the Chinese leadership’s priorities for its people as the same had played a remarkable role in China’s socio-economic transformation.

He note a lot to learn from Beijing’s example of economic development and poverty alleviation.

During the call on, the prime minister lauded efforts of Ambassador Yao in further deepening and strengthening Pakistan-China All-Weather Strategic Cooperative Partnership.