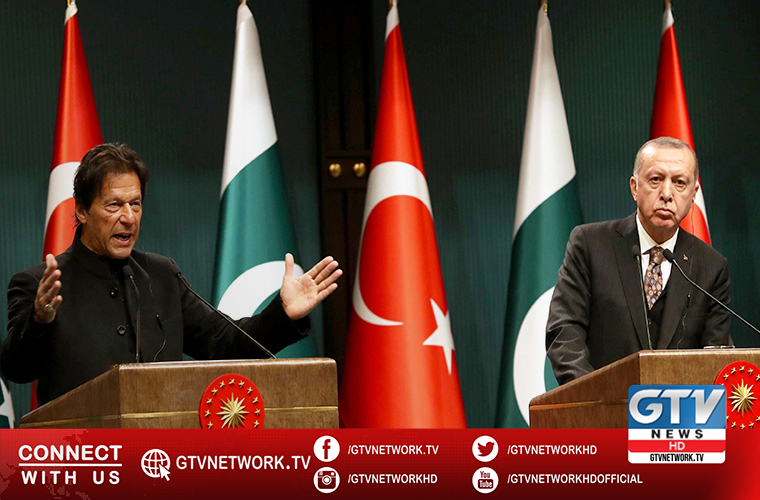 Prime Minister Imran Khan has expressed his deep appreciation for Turkish President Recep Tayyip Erdogan for once again raising his voice in support of the rights of Kashmiri people.

In a tweet on Wednesday, the PM also shared a video of President Erdogan.

Imran Khan praised Erdogan for speech he made during address to the UN General Assembly (UNGA).

Prime Minister said Turkey’s unwavering support remains a source of strength for the Kashmiris in their legitimate struggle for self-determination.

In a tweet, he termed it a victory of Kashmiris’ stance. He suggested that the United Nations should fulfill its promise of ensuring right to self-determination for Kashmiris as per Security Council resolutions.

Shibli thanked Turkish President Recep Tayyip Erdogan for again openly supporting resolution of the Kashmir dispute on the basis of justice and principles.

Earlier, President Azad Jammu & Kashmir Sardar Masood Khan said that United Nations in its General Assembly session have not put Kashmir on its agenda. That, he called very unfortunate.

He said Kashmir is burning and UN’s response has been immensely disappointing.

“The President expressed these remarks while speaking to a Kashmir webinar hosted by the UK-based NGO – the Jammu and Kashmir Self-Determination Movement International.

Kashmiris observe Accession to Pakistan Day across the world