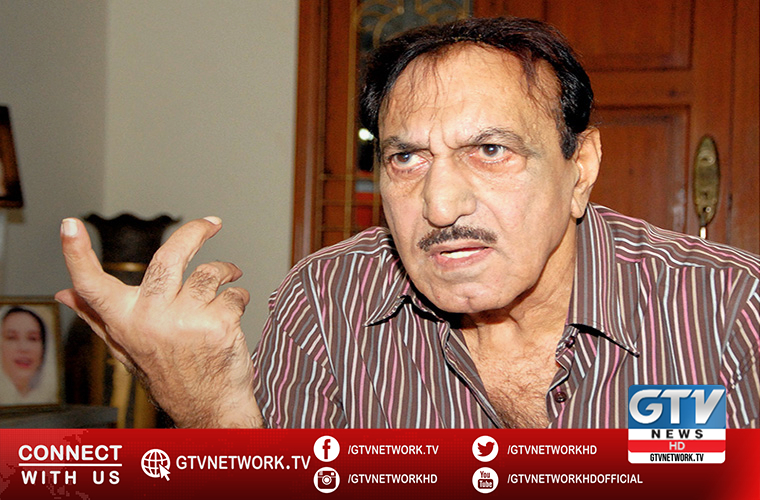 Living legend and Pride of Performance artist, Mustafa Qureshi, urged upon the government to take real stakeholders on board for revival of film industry.

“Pakistan Tehreek-e-Insaf government should consult senior most artistes who know the industry in depth for its revival,” Mustafa Qureshi said, while taking to APP in Multan on Tuesday.

He suggested that Prime Minister Imran Khan should invite the artistes to listen to their proposals for betterment of the industry.

Mustafa Qureshi said that he had deliberated with former president Asif Ali Zardari too about the revival, but all in vain.

He said Imran Khan is a celebrity just like us and he knows us because we had worked with him for collecting donations for Shaukat Khanum Hospital.

He said he had asked Federal Minister Fawad Chaudhary, in a ceremony some eight months back for arranging a meeting with prime minister in this connection.

Mustafa Qureshi played “Noori Natt” in blockbuster movie “Mola Jatt. He has over 600 films to his credit.

He informed that several steps could be taken for the revival of Pakistani cinema because industry was the recognition of the country world over.

To another question, the celebrated actor replied that the government should extend incentive and relief for the producers like Safadr Malik who was investing millions of rupees on making a film in these hard times as keeping in view his patriotism.

In past, Qavi Khan, Zeba Begum, Nadeem Baig and he were members of the committee constituted for the welfare of the artistes who are suffering from diseases or have rendered jobless because of stopping of film business in Lahore.

Mustafa Qureshi said that Artistes Welfare Association extended them financial assistance worth Rs 5 to 10 lac.
“I don’t know the whereabouts of the members of the association now,” he explained.

If the industry revives, the jobless directors and actors would work again which will take them out of the hardships and ailments they are facing these days, he hoped.

Musfata Qureshi recalled that gone are the days when on average 200 films were produced annually in Lahore regretting that now hardly three to four movies are being made in a year.