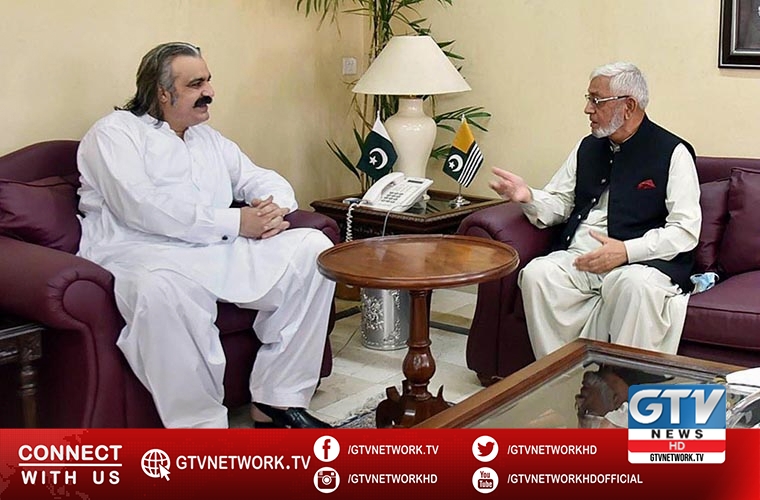 Gandapur gave this assurance to caretaker Chief Minister Gilgit-Baltistan Mir Afzal who called on him in Islamabad.

He said the GB has immense potential in tourism and minerals sector. It will soon emerge as Pakistan’s economic hub,

Both the dignitaries discussed law and order situation and ongoing development projects in Gilgit-Baltistan.

The caretaker CM appreciated the efforts of federal government for showing special interest in the development and prosperity of Gilgit-Baltistan.

Meanwhile, he said the people of GB were demanding full-fledged provincial status with all constitutional rights to the region.

The federal government had decided to give special status of province to GB as it had made promise with the people of area, he said talking to a private news channel.

The minister said Prime Minister Imran Khan would visit to GB soon to announce its provincial status that would resolve many issues of the area, adding the status would give representation to elected lawmakers in the upper and lower house in the Parliament.

He said the government would fully support the Election Commission of Pakistan (ECP) in conducting fair, free and transparent elections in GB. Both the Pakistan Muslim League-Nawaz and Pakistan Peoples’ Party had leveled rigging allegations on each others in the past, he added.

He claimed the PPP had done massive rigging in Sindh during the general election 2018 and it was now leveling baseless allegations of rigging against the Pakistan Tehreek-e-Insaf (PTI) government.

Ali Amin Gandapur said the leadership of PPP and PML-N were not sincere and loyal with the country and both were doing politics to save their corruption and halt accountability process against them.

He said Nawaz Sharif, Shehbaz Sharif and Asif Ali Zardari were convicted in many corruption cases.

Replying to a question, he said the civil and military leadership are on same page on national security issues including provincial status of GB.

Russia eyes expanded cooperation with Pakistan in many sectors