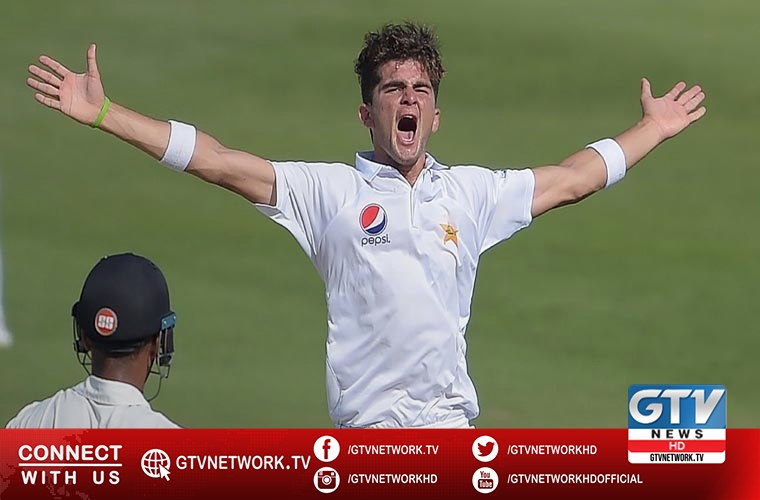 Shaheen Afridi claims four wickets on 4 balls to etch his name in history.

Pakistan pacer Shaheen Afridi starred in Hampshire’s win over Middlesex in the Vitality Blast with a sensational spell, bagging four wickets on as many balls.

He single-handedly ran riot against the Middlesex batting line-up finishing with excellent figures of 6/19 in his four overs.

Chasing the target of 142 runs, Middlesex were heading close to a victory with John Simpson playing a brilliant knock.

However, Afridi went all guns blazing in the 18th over of Middlesex’ chase and cleaned up four batsmen on four successive deliveries.

He started off by removing Simpson on 48 before accounting for the dismissals of Steven Finn, Thilan Walallawita and Tim Murtagh.

The 20-year-old nailed four perfect yorkers to castles the stumps of the four Middlesex batsmen and scripted history. His six-wicket haul is the best ever figures for any bowler for Hampshire in Vitality Blast T20.

Man of the Match

Before Sunday, Afridi was having a below-par season for Hampshire and was being taken to the cleaners by the batsmen. He had picked only 1 wicket for his side while conceding 191 runs before his six-wicket haul on Sunday which will provide him with much-needed confidence.

He was adjudged the Man of the Match for his stellar spell as Hampshire defeated Middlesex by 20 runs.

Batting first, Hampshire lost opener James Vince cheaply on 6 off 9 balls before Tom Alsop (25) and Sam Northeast (31) added 32 runs for the second wicket. Vital contributions of 25 runs from Ian Holland and 15 runs from tail-ender Ryan Stevenson propelled the team’s score to 141/9 in 20 overs.

In reply, Middlesex also got off to a poor start losing two wickets inside 14 runs. However, Simpson took charge on one end and led the fightback for his side. He scored a gritty 48 off 40 balls but failed to find support from his teammates as Afridi ran riot with the ball.

Courtesy, Afridi’s stunning spell, Middlesex were restricted on 121 and fell short in the chase.