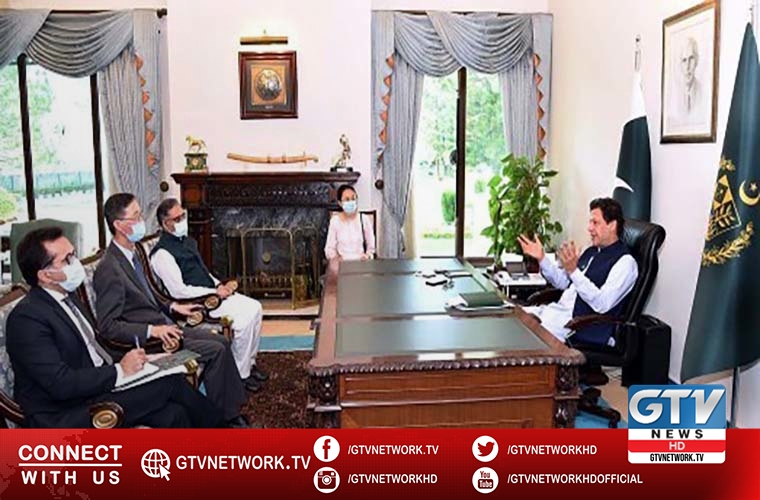 Prime Minister Imran Khan lauded the Chinese leadership’s priorities for its people as the same had played a remarkable role in China’s socio-economic transformation.

He note a lot to learn from Beijing’s example of economic development and poverty alleviation.

During the call on, the prime minister lauded efforts of Ambassador Yao in further deepening and strengthening Pakistan-China All-Weather Strategic Cooperative Partnership.

He conveyed that the people of Pakistan were keenly looking forward to welcoming President Xi Jinping to their country.

The prime minister underlined that during the ambassador’s tenure, China Pakistan Economic Corridor (CPEC) had entered the second phase focusing on industrialization, agriculture and socio-economic development, and it would play a key role in promoting regional growth and prosperity.

Ambassador Yao thanked the prime minister for the leadership role he had played in further solidifying and deepening Pakistan’s relationship with China, which was greatly valued by the Chinese leaders at the highest level.
He underlined that the prime minister’s vision and leadership was instrumental in Pakistan’s transformation.

He emphasized that with the prime minister’s personal focus on poverty alleviation and people-centered approach.

He said CPEC had entered into its second phase, and would deliver substantial and immense benefits not only to the people of Pakistan but also the entire region.

Ambassador Yao said Pakistan’s policy of “smart lockdown” in containing COVID-19 was internationally recognized and could be followed as a model by others to deal with its possible second wave.

He maintained that he would have very fond memories of Pakistan and would wish to see Pakistan-China relationship further strengthened.

He emphasized that China would continue to support Pakistan in pursuit of its national development and objectives.

The prime minister appreciated Ambassador Yao Jing’s overall contribution to the Pakistan-China partnership and wished him well in his future endeavours.

Ambassador Yao Jing has served in Islamabad from October 2017 to September 2020. This was his third assignment in Pakistan.

PM for taking all possible steps for development of agriculture sector