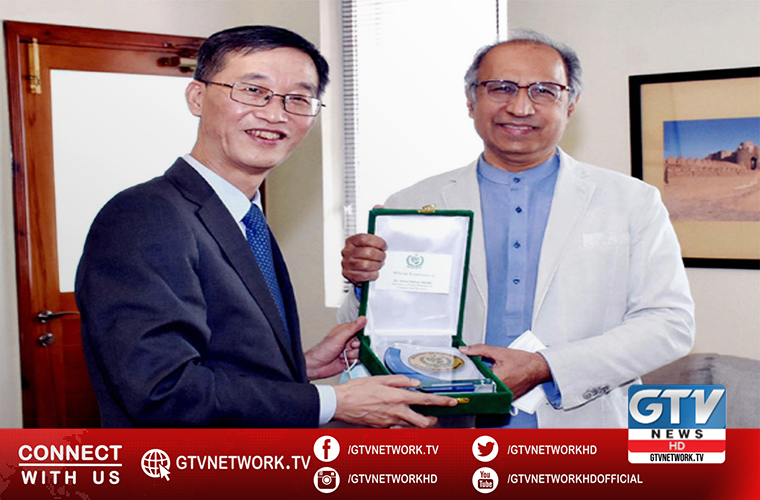 Ambassador of China praises Pakistan for control over pandemic.

Yao Jing expressed these views during a farewell call on the Adviser to Prime Minister on Finance and Revenue Dr. Abdul Hafeez Shaikh in Islamabad on Thursday.

The Adviser appreciated the commitment with which Mr. Jing, ambassador of People’s Republic of China had. He lauded his work for the progress of the Pak- China relationship.

He also acknowledged the contributions of Ambassador Jing and China’s leadership for Pakistan and expressed hope that his predecessor will work on the same lines.

Ambassador Jing thanked the Adviser for his support and expressed desire to further strengthen the two country’s relationship.

The Ambassador expressed his confidence that FATF’s October review will go well for Pakistan. At the end, the Adviser presented a shield to the outgoing Ambassador as a token of Finance Division’s acknowledgement for his valuable services and said that his successor will be welcomed with the same spirit.