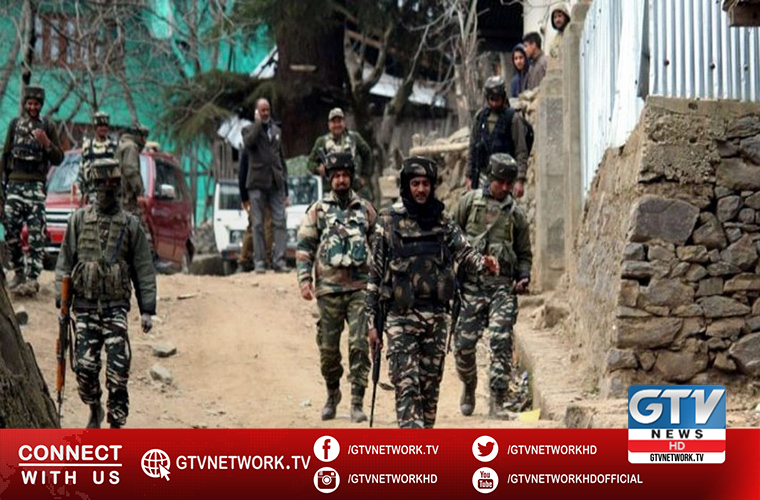 They have arrested over a dozen people including a father and his daughter during the massive military operations, launched in large areas of South Kashmir.

People came out of their houses in several areas to protest against the ongoing military operations and arrests of innocent youth. The troops arrested a father and his daughter in Mendhar area of Poonch.

They also cordoned off Vatnar and Kokarnag areas of Islamabad and conducted house-to-house searches.

Four youth were arrested on charges of pasting pro-freedom posters in Pampore while five were arrested during raids in Pulwama district.

Meanwhile, the vandalizing of a graveyard by a BJP leader triggered protests in Gandarbal district.

The BJP leader had to flee from the spot along with his guards on noticing the angry mood of the protesters.

In a meeting in Budgam, they said that the Modi-led fascist Indian government had crossed all records of brutalities in IIOJK.

Under a new strategy, they used to arrest youth by labeling them as militants.

They with a purpose to punish them for their affiliation with the ongoing freedom movement in occupied territory.

Two police officers stabbed in London ahead of Queen’s funeral