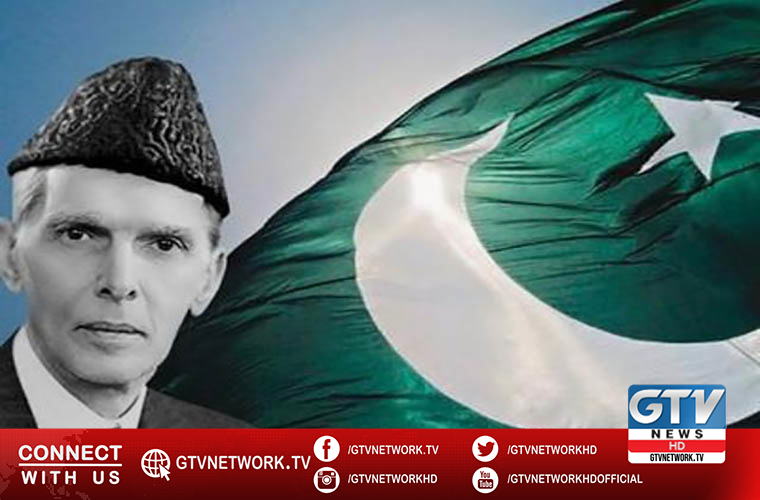 Pakistan came into being due to dynamic leadership of Mr Jinnah.

Quaid e Azam Mohammad Ali Jinnah was truly a leader of stature, who left a strong imprint on course of history and indeed creation of Pakistan was nearly impossible without his dynamic leadership.

Pakistan came into being due to dynamic leadership

Jinnah started his political career with Indian National Congress in 1906. One can identify three distinct phases of his leadership career. The first phase was conterminous with period of his association with the Congress i.e. from 1906 to 1920.

The second phase, which ended in 1937 and marked the beginning of his confrontation with Congress, was the main feature. The third phase, the epoch-making one, had changed the destiny of the nation, lasted from 1937 to 1947.

The six years period (1941-1947) was very important in the political career of Quaid-e-Azam regarding the creation of Pakistan. On March 23, 1940, he presided over the annual session of the Muslim League at Lahore, which later came to be termed as “The Lahore Resolution”, which was attended by the Muslim leaders from all over India.

The One-Nation-Theory propounded earlier was debated and accordingly the demand for a separate homeland for the Muslims was also vehemently endorsed.

Jinnah was given the title of ‘Quaid-e-Azam’ out of love and reverence by the Muslims. He undertook extensive tours in the country, and explained the purpose of a separate homeland, Pakistan. Pakistan, he said, would be free from the Hindu influence, all will have the religious freedom. Minorities will be given equal rights, and no one will be under subjugation of any one.

In the year 1945, the Shimla Conference was held but due to the non-cooperative attitude of the leaders of the Congress it failed.

To set the preparations for GENERAL-ELECTIONS 1945-46, a campaign for collection of funds was started in July 1945.

After the War the British Government was left with no option but to give independence to India.

In these circumstances the Secretary of State for India, Lord Pathick Lawrence on February 19, 1946, announced the formation of the CABINET MISSION to solve the Indian political tangle. Quaid-i-Azam rejected the Cabinet Mission plan and in a statement on 22 May 1946 said, “Pakistan is the only solution to the constitutional problems of India”.

RADCLIFFE COMMISSION headed by Sir Cyril Radcliff was assigned the task of demarcating the contiguous Muslim and non-Muslim majority areas of the Punjab and Bengal.

The award of Radcliffe Commission was very astonishing to the Muslims. Great injustices were done by the Award. The Muslim majority areas of Gurdaspur, Jullundur, Ferozpur, Zira and Ambala were handed over to India due to the clandestine efforts of Congress in general and V.P. Menon in particular.

The Quaid-i-Azam expressed his grief and resentment on the Award and said that they have been squeezed inasmuch as it was possible and it was an unjust, incomprehensible and even perverse Award.

During these circumstances the independent Muslim State of Pakistan emerged on the map of the world on 14th August 1947 and Quaid-i-Azam became the undisputed first Governor General of Pakistan.