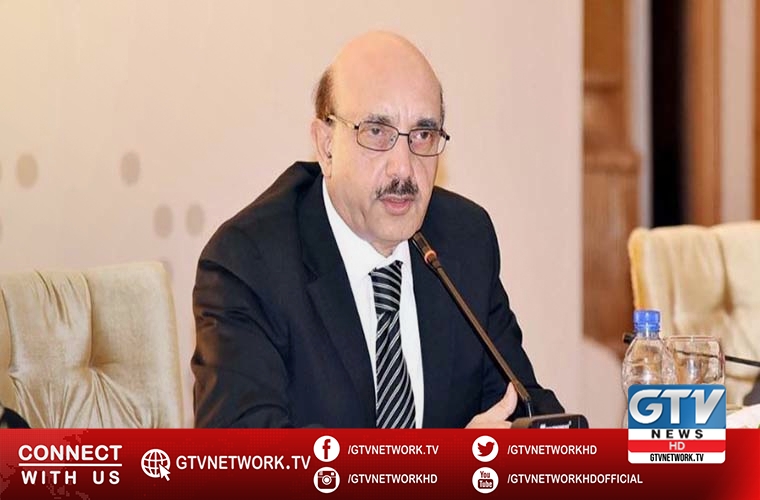 Azad Jammu Kashmir (AJK) President Sardar Masood Khan has said that strong and stable Pakistan was not only the dream of Quaid-e-Azam Muhammad Ali Jinnah but it also guaranteed freedom of the Muslims of Jammu and Kashmir.

Talking to delegations from different strata of life on Saturday, he said, “the principles of faith, unity and discipline set by the great leader was prerequisite to turn Pakistan into economic power and to make it invincible in terms of defence”.

Sardar Masood said that faith, unity and discipline was not merely a political slogan of Quaid, but he had personally followed these principles in letter and spirit in his political struggle, AJK President office said.

He said that Quad-e-Azam was the well-wisher and benefactor of the Kashmiri people in the real sense because he was firm to make Kashmir part of Pakistan, and to materialize the dream of granting democratic, constitutional economic rights to the people of the state.

He had visited Kashmir in 1926, 1929, 1936 and 1944, closely watched the plight of the Muslims of Jammu and Kashmir, and raised his voice for their political, religious, and socio-economic rights, he added.

Sardar Masood Khan said that in turn, the Muslims of Jammu and Kashmir also firmly believe in the political acumen of Quaid-e-Azam and love him.

He cited a message of Quaid-e-Azam to the Kashmiri leadership in 1946, the AJK President said that in his message.

The great leader had called upon the Kashmiri leadership to make their people well disciplined in educational, socio-economic and political terms, and the struggle for their rights selflessly and firmly, and then no power on the world would be able to deny freedom and legitimate rights to them.

He described Kashmir liberation struggle as a continuation of two-nation theory.

AJK President said that the worst discriminatory treatment being meted to Kashmiri people and Indian Muslims under Hindutva agenda had once again proved the political sagacity and farsightedness of Quaid-e-Azam and his colleagues.

Now even pro-India political parties and leaders of occupied Kashmir were realizing authenticity of two-nation theory, he said.

“It is high time that the whole nation follows political principles of Quaid-e-Azam,” he said.

Interior Ministry decides to register all foreigners in country