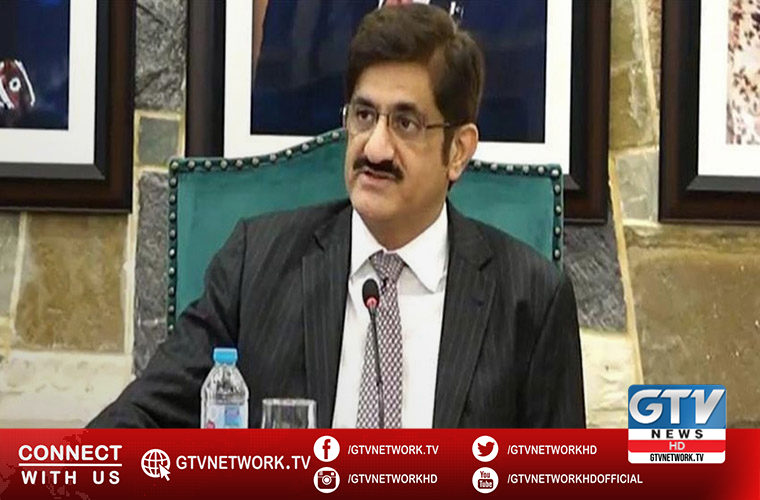 He approved Rs 700 million grant for relief work being carried out in the rain affected areas of Sindh.

CM also spoke on the occasion.

He directed the officials concerned for taking appropriate action like provision of food, mosquito nets, tents, and distribution of fodder for cattle in the rain-hit areas.

The chief minister said that he has visited rain affected areas in Karachi, Mirpurkhas, Umerkot, Tharparkar, Sanghar and Badin and found people were in problems.

“We, as a government, have tried to provide relief to the affected people but it was not enough,” he said and added that the people in rural areas were demanding fodder and mosquito nets for them and their cattle.

Reviewing the funds position for the relief work, the chief minister directed Secretary Finance Hassan Naqvi to immediately release Rs700 million and put them on the disposal of SMBR and PDMA.

The SMBR told the chief minister that his department and PDMA would provide every kind of relief and support to the rain affected people but as far as provision of fodder and vet support was concerned it was the job of the Livestock department.

He assured the chief minister that the Livestock department would provide fodder for the cattle in the rain affected areas.

The chief minister also said that he was working out a plan to arrange funds to support the rain affected people and rehabilitate them at the earliest.

The Commissioner Karachi briefed the chief minister about the building collapsed at Allahwala Town-Korangi that it was a 80-square yard plot which was divided into two plots, 40 square each, and had constructed building ground plus three.

Said building was constructed without approval of the Sindh Building Control Authority (SBCA). The collapse of the building caused four lives and injured seven others, he said.

The chief minister directed the commissioner to identify other vulnerable buildings in the area and get them vacated.

It was pointed out that the Allahwala Town was a private society and had no drainage system. The water was stagnant in the area which might have collapsed the building.

The commissioner said that there were 194 drainage lines choked in the city, of them 154 have been restored, therefore not only overflow of gutters has come to an end in most of the areas but rain water has also been disposed of, except a few areas including Surjani and some villages of Malir.

The CM was told that patch work of some of the dilapidated roads have been started.
The Works & Services department has yet to start repair of major roads of district Central for which the chief minister directed chief secretary to mobilize the works department at the earliest.

Administrator KMC Iftikhar Shahalwani told the chief minister that he was working hard to serve the city.

At this the chief minister Sindh said that he wanted to make this neat and clean for which the KMC, DMCs and the Solid Waste Management Board have to work together.

Ambassador Naghmana Hashmi thanks China for medical supplies to Pakistan