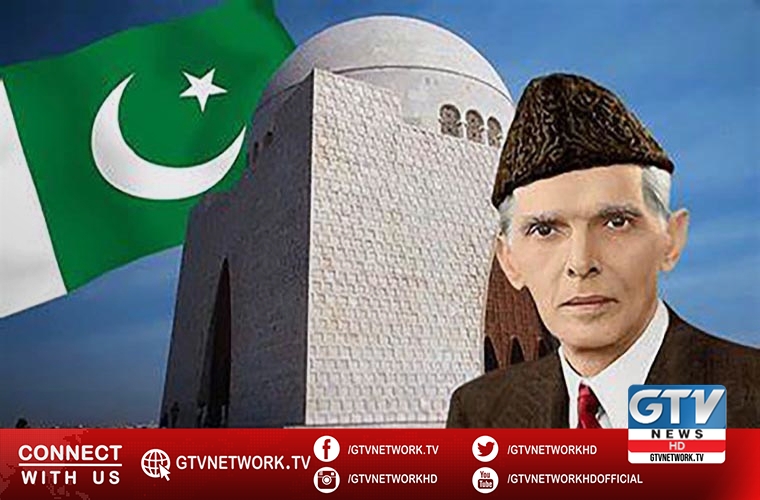 72nd death anniversary of father of the nation

In this connection, government held a special ceremony of Quran Khawani and Fateha at the mausoleum of Quaid-e-Azam in Karachi today.

People from different walks of life visit the mausoleum to lay floral wreath on his grave.

To mark the day,  educational institutions and political, social and cultural organizations have chalked out various programs.

Therein they shed light on the personality and leadership of Quaid-e-Azam Muhammad Ali Jinnah.

Father of the nation Quaid-e-Azam Muhammad Ali Jinnah passed away on 11th September, 1948 shortly after achieving freedom for the nation.

President of Pakistan Dr Arif Alvi also visited the Mazar of Quaid-e-Azam in Karachi on Friday.

He also spoke to the media after his visit to the mazar on the occasion of Quaid’s death anniversary.

He underlined following rules and teachings of Quaid-e-Azam Mohammad Ali Jinnah the only way for us to achieve the goals that we have set for ourselves to become a successful nation.

He said the way our nation has defeated the Corona virus and its spread also speaks volume of our determination and resolve.

While comparing it, he cited the most developed nations are still struggling to deal with this pandemic.

Earlier, the President laid a floral wreath at the mazar and offered fateha. He also recorded his impressions in the book of visitors.