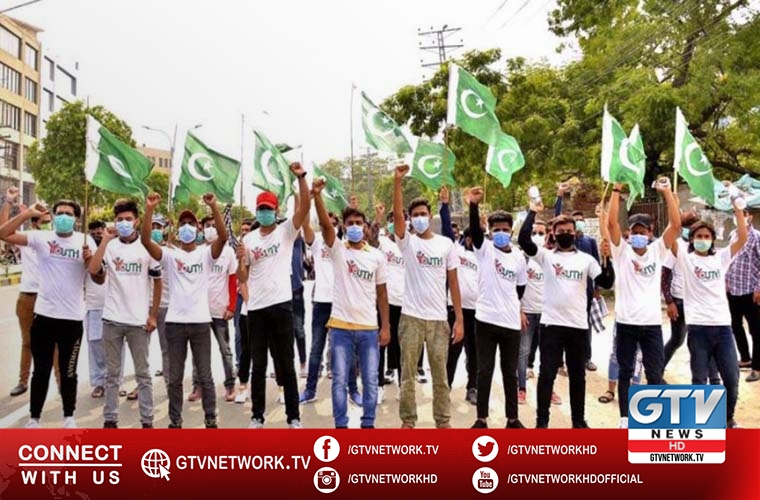 The entire nation alongwith Armed Forces observe the Defence and Martyrs’ Day to pay tribute the martyrs and ghazis.

They also reaffirm commitment to defend the territorial integrity and sovereignty of Pakistan, at all cost.

Wreath Laying ceremonies were held at Shuhada monument at GHQ and at the graves and monuments of recipients of the Nishan-e-Haider, the country’s, highest gallantry award, said Inter Services Public Relations (ISPR) press release said.

A large number of people belonging to various walks of life attended the ceremonies to pay homage to the brave sons of soil who demonstrated indomitable courage and valour in defence of the motherland.

Air Force Day will be observed with patriotic zeal on Monday (tomorrow) to commemorate dexterity and valor of the defenders of air space of the country against Indian aggression in September 1965 war.

Every year on September 7, Air Force Day is celebrated across the country to re-live the memory of 1965 war when our valiant pilots despite limited resources not only annihilated Indian air aggression but also inflicted
humiliating defeat on the so-called mighty India through unprecedented skill in the warfare and insurmountable courage.

Indian Air Force, to aide the Indian army which had launched a clandestine attack on Lahore at Burki border with the dream of a sumptuous breakfast at Gymkhana Lahore in the morning but had failed miserably after valiant
resistant by proud sons of soil like Major Raja Aziz Bhatti Shaheed, attacked Pakistani air space but were mauled by the Pakistani Shaheens (falcons) in the air and decimated in the blink of an eye.

Pakistan rejects US govt report regarding its judicial system as unwarranted