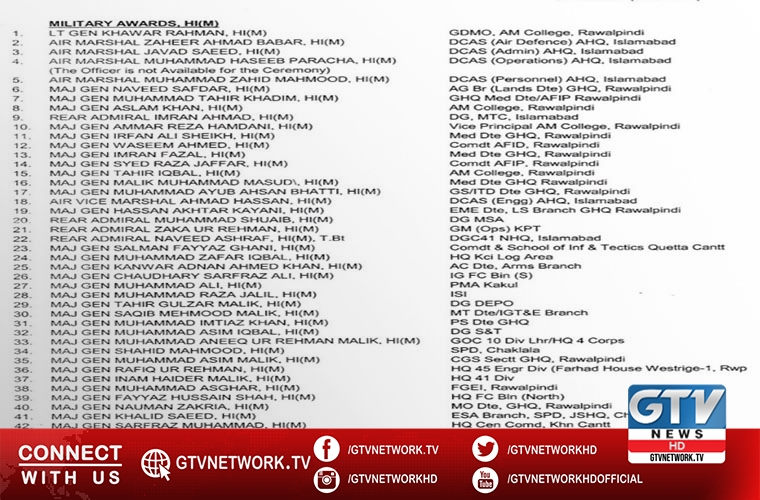 President confers national military awards on 70 officers and soldiers on the occasion of National Defence and Martyrs Day.

The President conferred awards in recognition of their meritorious services and valor they had shown to safeguard the national frontiers.

At a special investiture ceremony held at Aiwan-i-Sadr, the President conferred awards in four categories including Sitara-i-Jurat, Sitara-i-Bisalat, Tamgha-i-Jurat and Hilal-e-Imtiaz (Military).

The ceremony was traditionally scheduled on March 23, 2020, but it had to be postponed due to the COVID-19 pandemic.

Even this time too, due to the social distancing measures, it was bifurcated into two day-event for conferment of military and civil awards respectively with all the participants wearing face masks as per anti-COVID SOPs.

The President conferred Sitara-i-Jurat on Wing Commander Noman Ali Khan, who shot down an Indian aircraft that attempted to invade Pakistan’s airspace on February 27, 2019. 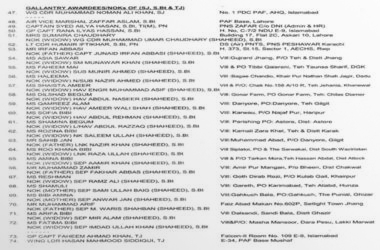