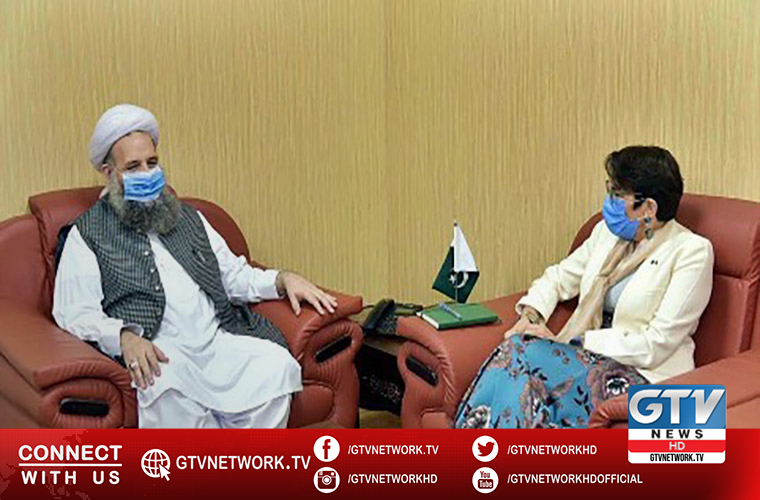 He told her that  Pakistan has the distinction of providing equal rights and complete religious freedom to minorities residing here.

While talking to EU Ambassador Androulla Kaminara, he said the country has always raised its voice in favour of minorities, who were subjected to any brutality anywhere in the world.

According to a press release, Interfaith Harmony committees were being organised at district level to protect minority rights.

He said the government has constituted National Commission for Minorities for protecting minority rights.

A Hindu member had been assigned the responsibilities of chairman of the commission for promptly resolving minority issues.

He further said the functions of NCM would be improved and refined further by an act of Parliament.

Qadri said the country has almost controlled the spread of COVID-19 owing to the vision of Prime Minister Imran Khan.

The Kartarpur corridor project was best example of promoting fraternity among the minorities communities.