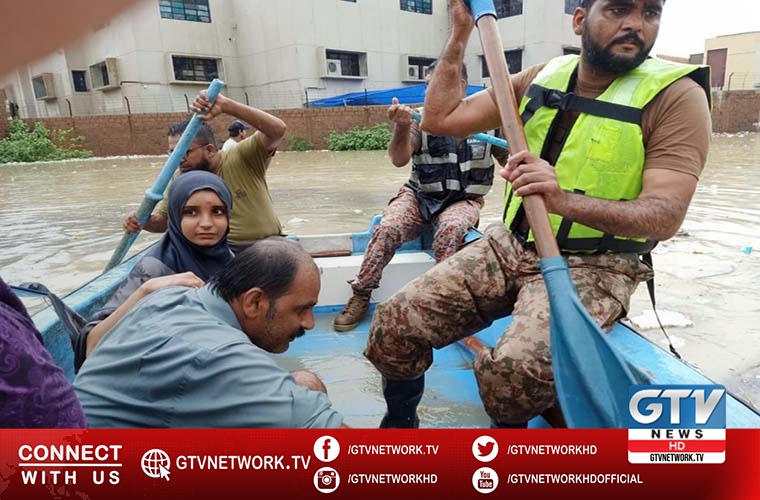 They have set up 3 Army Mobile hospital at Sarjani Town, Qayyumabad and Saadi Town.

All areas of Karachi were severely affected due to heavy rains disrupting civic life where 56 relief camps have been established in coordination with civil administration to help stranded people.

However, dewatering carried out at 9 locations. Pakistan Army troops were busy in shifting people to safer places where cooked meal was being provided to affected people in various areas struck due to heavy rains.

In Hyderabad, the relief operation in Latif Abad was in process. Dewatering at two locations had been undertaken. However, cooked meal was being provided to affected population.